New research has found that one-in-ten Irish motorists continue to use their mobile phones while driving.

The study, carried out by the electronic tolling services firm Easytrip, found that 63% of those observed using their phones at the wheel were men and 37% were women.

53% of those found to be breaking the law in relation to phone use were texting or checking their phone and 48% were speaking on their hand-held phone whilst driving.

More than 1,000 vehicles were monitored over the last two weeks in July as part of the study.

From the beginning of this month, penalty points for holding a mobile phone while driving increased from two to three points, with a fixed-charge fine of €60 that could lead to a possible €2,000 fine on conviction. 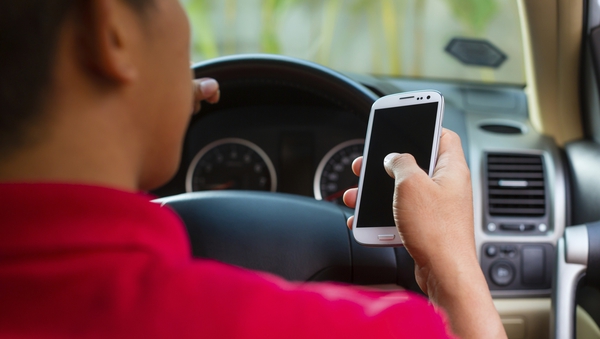 New penalties for texting while driving come into force News