Motorists caught sending a text message or email while driving will face tough new penalties and a compulsory court appearance from today.

The new penalties come on top of existing ones for holding a mobile phone while driving.

Drivers caught texting, even if they are using a hands-free kit, will face a court appearance and a fine of up to €1,000 for the first offence.

A third offence within 12 months could bring a possible three-month prison sentence on top of the €2,000 fine.

These changes close a loophole that allowed people to avoid fines and penalties if they were texting on a phone in a cradle or through a hands-free kit.

The changes do not make it an offence to speak using a hands-free device.

Gardaí said they were disappointed with the high detection rate, particularly as the operation was flagged in advance.

They warned that there is a four-fold increase in the risk of having a crash when using a mobile phone. 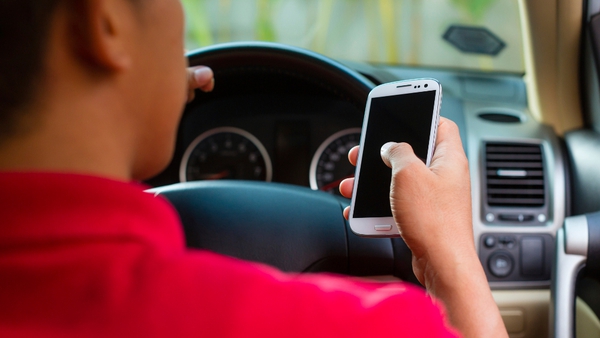