British Airways will continue to fly over war-torn Iraq, even though other European airlines have diverted planes amid heightened fears following the shooting down of Malaysia Airlines MH17.

"We fly over Iraq because we consider it safe - if we thought Iraq was unsafe we would not fly over Iraq," he said.

He added the different decisions of airlines could be "confusing" for customers but that firms should be able to conduct their own risk assessments.

British Airways decided not to fly over Ukraine prior to the MH17 crisis.

Iraq is facing a security crisis after militants with the extremist Islamic State of Iraq and Levant, known as Isis, group captured large swathes of northern and western Iraq, including its second-largest city, Mosul.

European and Dubai-based airlines are already diverting flights over Iraqi airspace as a security precaution.

This is being done in the wake of the downing of the Malaysia Airlines flight over rebel-held Ukraine, claiming the lives of 298 people including ten Britons.

Earlier this week, an Emirates Airline spokesman in Dubai said it would divert planes that use Iraqi airspace.

A number of European carriers, including Virgin Atlantic, KLM and Air France say they will do the same.

At a meeting of world aviation chiefs on the issue in Montreal, Canada, on Tuesday Jeff Poole, director general of the Civil Air Navigation Services Organisation said: "The downing of Flight MH17 raises vital questions about the safety of aircraft over conflict zones.

"The incident shows that there are gaps in the overall management of airspace." 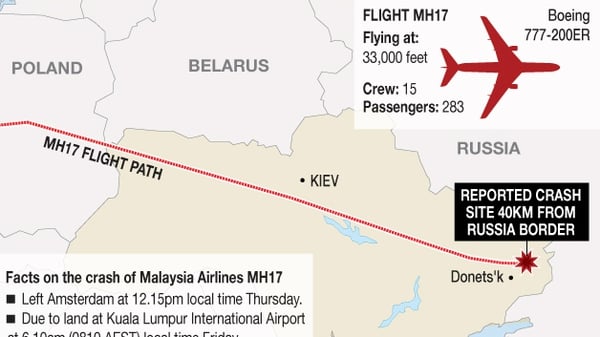