Sierra Leone's top doctor fighting an outbreak of Ebola has died from the virus, the country's chief medical has said.

Sheik Umar Khan, who was credited with treating more than 100 patients, was infected with Ebola earlier this month.

Medical officer Brima Kargbo said he had been moved to a treatment ward run by medical charity Médecins Sans Frontières in the far north of the country.

The virus has also been discovered in the Nigerian city of Lagos, but authorities said there is no cause for alarm.

Authorities are trying to trace around 30,000 people who had either direct or indirect contact with the Liberian virus carrier who collapsed after flying to Lagos on 20 June and died four days later at a private hospital.

"This is a firm confirmation that we had the virus brought to us, and only God knows how far it has transmitted," said Professor Sunday Omilabu, who works on the front line of Nigeria's battle with the virus.

It was in his laboratory at the Lagos University Teaching Hospital that the country's first known case was confirmed.

Professor Omilabu said that they have been trying to reach anyone whose life could be at risk by a potential exposure.

Meanwhile, the federal government has put all ports of entry on red alert and is running a media campaign to alert the public.

Officials said their health services are equipped to deal with any outbreak and staff are properly trained.

But residents remain nervous as Lagos, one of Africa's most populous cities, is overcrowded, and its infrastructure and health services struggle at the best of times.

The World Health Organization reported earlier this month that a total of 888 Ebola cases, including 539 deaths, have been recorded in West Africa since February, saying the epidemic has surged in Liberia and Sierra Leone.

The Health Service Executive has said the chances of the virus appearing in Ireland is "very low".

It said: "Ireland is well equipped and its doctors and nurses supplied with specialist knowledge to deal with a case effectively in the unlikely event of such a case appearing in Ireland." 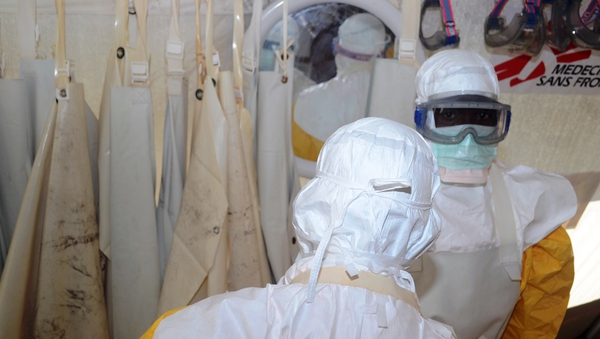