The Public Accounts Committee has rejected claims by former Central Remedial Clinic chief executive Brian Conlan that to attend before the committee again would expose him to "public character assassination".

In a letter to Mr Conlan's lawyers, dated 2 July, clerk to the PAC Ted McEnery said the committee is clear as to its remit.

He said that allegations made regarding "aggressive adversarial examination of witnesses" are flatly denied, as well as claims of a breach of Mr Conlan's constitutional rights.

The clerk said that such language was most unhelpful in circumstances whereby the committee is ardently pursuing the expenditure of public monies and compliance with public sector policy by bodies, such as the CRC.

In a letter to the PAC, lawyers for Mr Conlan have claimed there are a number of serious factual inaccuracies in the report of the interim administrator of the CRC, published in mid-June and discussed at the PAC last week.

The PAC said that the Health Service Executive is the appropriate body to consider factual inaccuracies.

In a letter to the committee, dated 2 July, lawyers for Mr Conlan said he has never refused to attend or co-operate with the PAC inquiry and that he appeared once already without the benefit of legal representation.

They say there is a serious question mark as to whether the PAC has any lawful jurisdiction to embark on an inquiry into the accounts, reports or executive remuneration of the CRC.

Mr Conlan was invited to appear at the PAC last Thursday, 3 July, but did not attend.

His lawyers have asked the PAC to issue a formal legal invitation requiring him to attend, clearly identifying in numerical order, the specific issues by reference to the interim administrator's report which he will be examined on and confirming that no other issues will be raised apart from those. 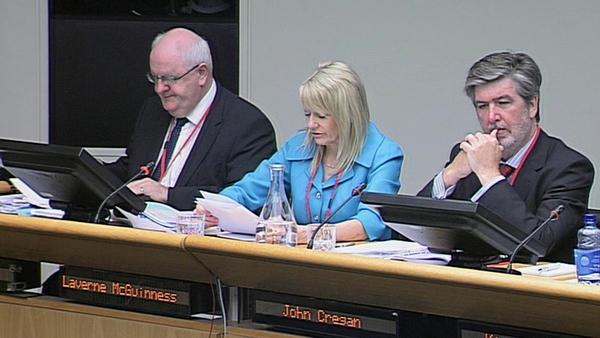 Friends of CRC should be wound up - HSE