Seventeen women and children were among 29 Palestinians killed in an Israeli military operation in Gaza today.

This brings the overall death toll to 50 in two days, according to the emergency services.

Nearly 500 people have been wounded.

Among the dead were at least three militants as well as ten children and seven women.

It was not immediately clear whether the other fatalities were civilians or militants.

In at least five of the strikes, the victims were all women and children, emergency services spokesman Ashraf al-Qudra said.

A missile struck a house in Al-Maghazi, a beachside refugee camp near Deir al-Balah in central Gaza, killing a mother and her four children, Mr Qudra said.

Earlier, another two women and four children died in a series of raids to the north and east of Gaza City.

A strike on Shejaiya, east of Gaza City killed two brothers aged 12 and 13, while another attack on the nearby nearby Zeitun neighbourhood killed a woman and her 18-month-old son.

Two separate strikes in the evening killed four people, including a woman and a child, Mr Qudra said.

One in the southern city of Rafah, killed a 60-year-old woman and a ten-year-old girl; the other was in Beit Hanun and killed a 57-year-old man and his son, 20.

And in a separate incident, Israeli troops killed two militants in a battle on the beach after they managed to infiltrate southern Israel by sea, public radio said.

He said the group would "pay a heavy price" for their rocket attacks on Israel.

Since the start of Operation Protective Edge early yesterday, Israeli warplanes have struck 550 targets in Gaza.

"It's genocide - the killing of entire families is genocide by Israel against our Palestinian people," he told a crisis meeting of the Palestinian leadership in the West Bank city of Ramallah.

"What's happening now is a war against the Palestinian people as a whole and not against the (militant) factions.

"We know that Israel is not defending itself, it is defending settlements, its main project," said Mr Abbas. 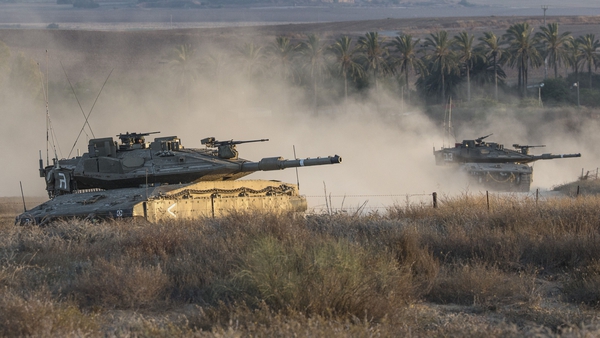