British scientists have identified a set of ten proteins in the blood that can predict the onset of Alzheimer's.

They believe it is an important step towards developing a test for the incurable brain-wasting disease.

Such a test could initially be used to select patients for clinical trials of experimental treatments being developed to try to halt progression of Alzheimer's, researchers said.

It may one day move into routine use in doctors' clinics.

"Alzheimer's begins to affect the brain many years before patients are diagnosed (and) many of our drug trials fail because by the time patients are given the drugs the brain has already been too severely affected," said Simon Lovestone of Oxford University, who led the work from King's College London.

"A simple blood test could help us identify patients at a much earlier stage to take part in new trials and hopefully develop treatments," he said.

Alzheimer's is the most common form of dementia, which in 2010 was estimated to be costing the world $604 billion (€444bn) a year.

The disease affects 44 million people worldwide, with the number set to triple by 2050, the campaign group Alzheimer's Disease International says.

Several big pharmaceutical firms including Roche, Eli Lilly, Merck & Co and Johnson & Johnson are pursuing various approaches to get to the root cause of Alzheimer's and try to find treatments to halt its progression.

Yet over the past 15 years, more than 100 experimental Alzheimer's drugs have failed in trial.

Mr Lovestone and other experts believe this may be because drug trials are conducted too late in patients whose condition has already gone too far.

A predictive test for use before people develop symptoms would help researchers select the right people for drug trials, and help show whether the experimental drugs are working. 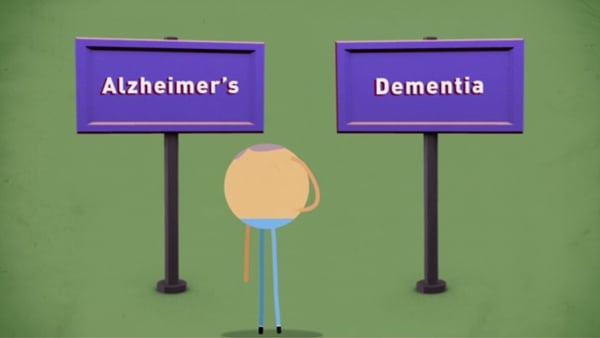