Archbishop of Dublin Diarmuid Martin has said the Catholic Church must do more to help victims of clerical child sexual abuse.

Speaking at a conference in Rome this evening, he said the church must robustly respond to all those who have been affected by abuse.

He also said the church must be transformed into a place of healing for survivors of abuse.

Archbishop Martin said bishops and superiors must ensure that survivors are made to feel welcome when they turn to church authorities.

The meetings, which were the first of their kind, took place in the guesthouse inside the Vatican where the Pontiff lives.

They followed sharp exchanges earlier this year between UN panels and the Holy See over the Catholic Church's cover-ups of many abuse scandals.

Pope Francis held one-to-one meetings with six guests: a female and a male survivor from Ireland, England and Germany.

Ahead of the meetings, he invited them to his morning mass, which was attended by the recently-established Vatican Commission on the Protection of Minors.

It is understood the survivors are being supported by commission members from their own countries.

Both Irish survivors are being assisted by the campaigner and abuse survivor Marie Collins.

Speaking at the mass, the Pope said the church should "weep and make reparation" for crimes that had taken on the dimensions of a sacrilegious cult.

"For some time now I have felt in my heart deep pain and suffering," he said.

"So much time hidden, camouflaged with a complicity that cannot be explained until someone realised that Jesus was looking.

"I ask for the grace to weep, the grace for the church to weep and make reparation for her sons and daughters who betrayed their mission, who abused innocent persons.

"Before God and his people I express my sorrow for the sins and grave crimes of clerical sexual abuse committed against you. And I humbly ask forgiveness."

A Vatican spokesman has rejected accusations that today's meetings were a PR stunt involving church exploitation of the survivors.

One of the Irish abuse survivors who met Pope Francis today described her meeting as "very important and very personal".

Marie Kane told RTÉ's News at One that she prayed for "change" at the mass before her meeting with the Pope.

She described the Pope as a "very humble man, very warm", which made it "very easy to sit and to talk".

She said: "It was important for me to explain from a survivor’s point of view that it's important, the church needs to change.

"It can't have certain cardinals in power - or a cardinal in particular - that covered up abuse and silenced victims. It's very hard to think you could go back into a church that still has these people in power."

Ms Kane said the cover-ups in the church were "unbelievable".

She described the Murphy Report as her first "vindication", but said it now "can't go higher than this".

She said she would like to think there will be change and she thinks there are small steps taking place towards change.

Ms Kane said the loss of faith was a common feeling among survivors.

Coadjutor Archbishop of Armagh Eamon Martin said this evening that the six survivors want to be part of the healing and renewal in the Catholic Church. 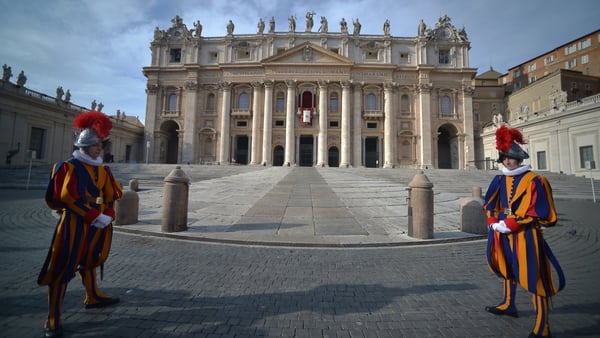