Israel has increased its forces along its frontier with the Gaza Strip and launched air strikes against militant Hamas targets there in response to Palestinian cross-border rocket attacks.

Israel also faced a second day of violent Palestinian protests in Jerusalem after the discovery of the body of a 16-year-old Palestinian boy on Wednesday in a forest near the city.

Israeli police are investigating whether he was the victim of a revenge killing over the deaths of three Jewish teenagers, whose abduction last month Israel has blamed on Islamist Hamas militants in the occupied West Bank.

But he added in a speech that if "firing toward our residents in the south continues, then our bolstered forces there will act forcefully".

Lieutenant-Colonel Peter Lerner, a military spokesman, said troops were taking up "defence positions" in Israeli communities that have been struck by the rockets from Gaza. He did not comment on the scale of the deployment.

Abu Khudair's body underwent a post-mortem today and his burial is set for tomorrow, Friday, his family and a police spokesman said.

The funeral is likely to stir strong emotions among Palestinians and could trigger further confrontation.

Police clashed with a few dozen stone-throwing Palestinians in Jerusalem's Arab neighbourhood Shuafat and a police spokesman said six people were arrested, but the violence was on a much smaller scale than on Wednesday.

The military said Palestinians in the Gaza Strip had fired more than 40 projectiles into Israel on Thursday and that rockets struck two homes in the southern town of Sderot, causing no casualties.

Palestinian President Mahmoud Abbas, who accused Jewish settlers of killing the teenager, spoke by telephone with the youth's father today.

"Mohammed is one of the martyrs of this great people," Abbassaid, according to the official Palestinian news agency, WAFA. 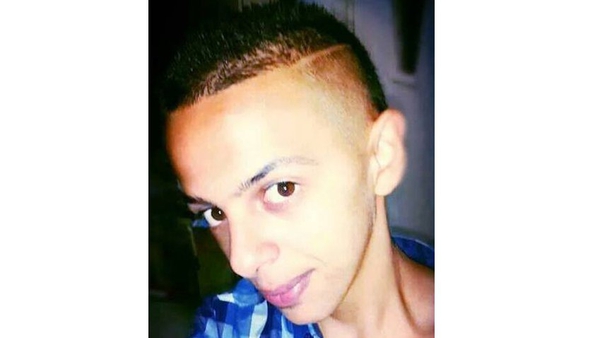