The Office of the Data Protection Commissioner has asked Facebook to explain its involvement in an alleged psychological experiment, which involved the manipulation of news feeds on the social network to see how it affected users' moods.

Facebook's European headquarters is in Ireland.

Mr Hawkes said his office has asked for further information and an explanation.

He said the action was taken by his office, and not on foot of a complaint, although it did have contact from another data protection authority about the matter.

The Data Commissioner said his office is puzzled by the revelations and has asked for more information, which he expects to be forthcoming, probably within the next week.

The company altered the emotional content of feeds of nearly 700,000 users for a week in 2012, giving some more negative content and others more positive content to try to better understand "emotional contagion".

The research, published last month, prompted online anger and questions about the ethics of the research and forced Facebook on the defensive.

It was an experiment as part of product testing, Ms Sandberg told a women's business seminar in New Delhi when asked whether the study was ethical.

"We communicated really badly on this subject," she said, before adding: "We take privacy at Facebook really seriously."

The comments came as several European data protection regulators began looking into whether Facebook broke privacy laws when it carried out the study.

The Information Commissioner's Office, Britain's independent data watchdog, is liaising with the Data Protection Commissioner in Ireland and seeking "to learn more about the circumstances", a spokesman said.

The study by researchers affiliated with Facebook, Cornell University and the University of California at San Francisco, appeared in the 17 June edition of the Proceedings of the National Academy of Sciences.

In the study, Facebook placed positive or negative posts in users' feeds to see how this affected their mood - all without their explicit consent or knowledge.

The results indicate "emotions expressed by others on Facebook influence our own emotions, constituting experimental evidence for massive-scale contagion via social networks", the researchers concluded, and noted emotion was relevant to human health.

Given Facebook's billion users and widespread influence, the experiment has raised worries over its ability to influence users' moods and thinking.

In a statement earlier in the week, Facebook said none of the data used in the study was associated with a specific person's account.

It said it did research to make its content "as relevant and engaging as possible", which meant understanding how people respond to positive or negative information.

But a number of users criticised the psychological experiment, posting words such as "super disturbing," "creepy" and "evil" as well as angry expletives.

In the UK, the ICO monitors how personal data is used there and has the power to force organisations to change their policies and levy fines of up to £500,000 (€627,000).

Facebook said it would work with regulators and was changing the way it handled such cases.

"It's clear that people were upset by this study and we take responsibility for it," Facebook spokesman Matt Steinfeld said in an email.

"The study was done with appropriate protections for people's information and we are happy to answer any questions regulators may have."

Last week, Google said it has begun removing some search results to comply with a European Union ruling upholding citizens' right to have objectionable personal information about them hidden in search engines. 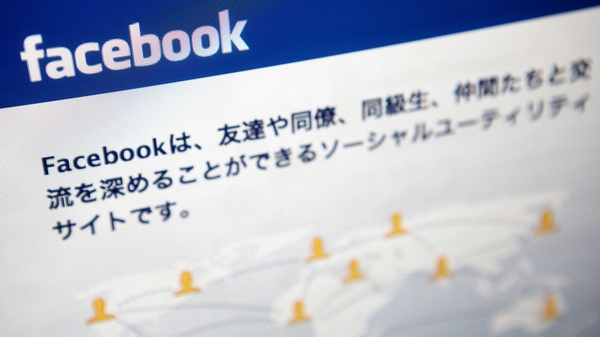