The Government has agreed a redress scheme for women who underwent symphysiotomy, the surgical procedure to break the pelvis during childbirth to allow a baby to be born.

Compensation will be paid on an ex-gratia basis without admission of liability on the part of the State.

It is estimated that around 350 women will be eligible.

Minister for Health James Reilly expressed deep and profound regret for the pain and suffering that the procedure caused to many women.

He said that the State Claims Agency will begin accepting applications to the scheme within around eight weeks.

Campaign groups say the women suffered physical and mental health issues after the procedure, including chronic pain, incontinence, difficulty walking as well as sexual problems throughout their lives.

A number of successful High Court compensation cases were taken.

Symphysiotomy was carried out at Our Lady of Lourdes Hospital in Drogheda up to 1984, years after it had ceased being performed in other hospitals.

The procedure was replaced by Caesarean Section.

A report published on the practice of symphysiotomy today said that an Irish mother with a contracted pelvis at the time did not have the option of limiting her family through artificial contraception.

Professor Oonagh Walsh of Glasgow Caledonian University said symphysiotomy was a clinical response to the legal limitations on contraception and sterilisation for contraceptive purposes.

The report, commissioned by the Department of Health, said this restrictive legislation reflected a predominantly Catholic religious ethos. 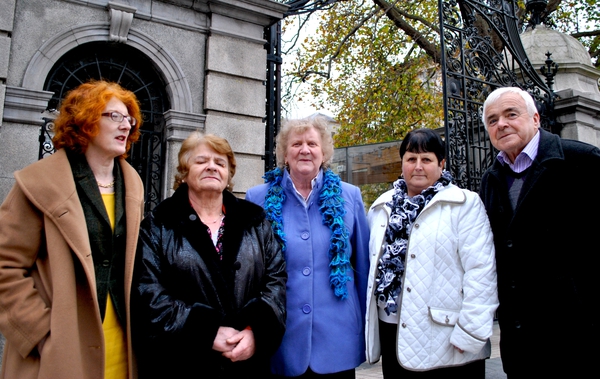