The Cabinet has asked former Circuit Court Judge Yvonne Murphy to report by February on a possible ex-gratia redress scheme for women affected by the past surgical practice of symphysiotomy.

Campaign group Patient Focus welcomed the move but a second group, Survivors of Symphysiotomy, said all women affected should be allowed pursue cases in court.

Judge Murphy will meet women affected and look to negotiate with insurers on a fair contribution from them towards an ex-gratia compensation fund.

Patient Focus said it was pleased with the outcome of a meeting with Minister for Health James Reilly.

However, spokesperson Cathriona Molloy said the group was disappointed that the independent Walsh report, which has been with the minister since May, has not been published.

Survivors of Symphysiotomy said its meeting with Mr Reilly was of limited value.

It said its members would not meet Judge Murphy on a one-to-one basis, but as an organisation.

In a statement the group accused the Government of "trying to blindfold survivors of symphysiotomy by setting up an opaque and closed-ended process."

It wants the Statute of Limitations to be lifted to allow all survivors pursue cases in the courts.

"Minister Reilly obfuscated and refused to answer any question that SoS put to him," the group said.

Symphysiotomy was a procedure carried out on mothers before or after labour.

The surgery increased the size of the pelvic area to allow easier delivery of a baby.

As a result of the procedure, victims have suffered from incontinence, prolapsed organs, walking difficulties and chronic aches.

Minister for Health Dr James Reilly has said he is sorry for what women who had a symphysiotomy suffered.

He said there were around 280 to 300 cases known to the State of women still living who had the procedure. 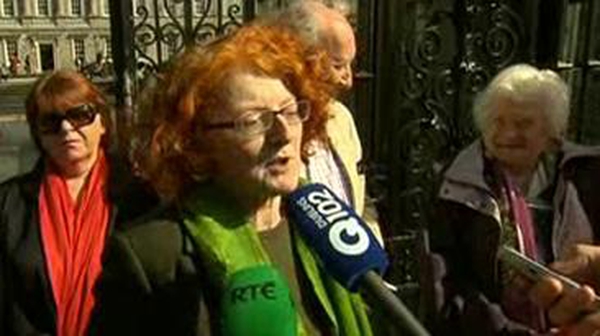