North Korea has said it will put on trial two US tourists it has arrested for committing crimes against the state, dimming any hopes among their families that they would soon be released.

"Their hostile acts were confirmed by evidence and their own testimonies," said the North's official KCNA news agency, referring to Jeffrey Fowle and Matthew Miller.

The US State Department has asked North Korea to release the two citing humanitarian concerns.

Jeffrey Fowle, a 56-year-old street repairs worker from Miamisburg, Ohio, was arrested after entering North Korea as a tourist in late April.

"Mrs Fowle and the children miss Jeffrey very much, and are anxious for his return home," the statement said.

Fellow US citizen Mr Miller was taken into custody by North Korean officials after entering the country the same month, whereupon he ripped up his tourist visa and demanded asylum, according to state media.

Mr Miller was travelling alone, said a statement from Uri Tours, the travel agency that took the 24 year-old to North Korea, published on their website.

A spokesman for the New Jersey-based travel agency told Reuters Mr Miller was in "good physical condition" and his parents were aware of the situation, but have chosen not to make any statement regarding their son's arrest.

In May, the US State Department issued an advisory urging Americans not to travel to North Korea because of the "risk of arbitrary arrest and detention" even while holding valid visas.

Today, KCNA gave no details on when the pair would face court.

It was the latest in a flurry of events in the volatile region as Chinese President Xi Jinping visits South Korea this week, and comes a day after Pyongyang fired two short-range ballistic missiles, defying a UN ban on such tests.

The visit by the head of state of its closest ally to a country with which the North is still technically at war could raise tensions.

The South Korean military said yesterday's missile test was of two short-range Scud missiles with a range of about 500km.

A despatch by the North's official KCNA news agency was unclear about the type of missile, mentioning "tactical rockets" and "precision-guided missiles".

A few days earlier, a similar despatch had hailed the test of a new "cutting-edge" guided missile as a "breakthrough" in the North's military capability.

But in part of the mixed signals sent by Pyongyang, the North also offered to suspend military drills beginning 4 July, if South Korea called off annual joint exercises with the US.

"The South Korean government should make a bold decision in response to our special offer and take a big step toward the new future to end the shameful past," the National Defence Commission, the North's top military body, said in comments carried by KCNA.

Pyongyang has in the past made extravagant claims about its ballistic missile capability, and experts are divided as to how far the country has gone in developing its missile systems under UN sanctions.

North Korea carries out regular missile tests, sometimes for technical reasons, but often as a show of force to register its displeasure with events elsewhere.

China is North Korea's sole major ally and key economic benefactor, and the fact that Mr Xi is visiting Seoul before Pyongyang has been seen by some as a deliberate snub.

For all its leverage, China has grown increasingly frustrated with North Korea's refusal to curb its nuclear weapons programme as well its penchant for raising regional tension.

According to KCNA, Mr Kim argued that the missile tests "had not the slightest impact" on regional peace and security, and were in fact a guarantor of regional stability.

"Durable peace can be protected only when one is so strong that nobody dares provoke one and it can be guaranteed by one's own strength," said Mr Kim, who personally oversaw both the latest tests.

With Mr Xi and Mr Park expected to discuss Pyongyang's nuclear weapons, the North's state-run newspaper lashed out at efforts to curb its nuclear ambition as a "stupid fantasy."

The ruling party's official Rodong Sinmun reiterated today that the atomic weapons were means of self-defense against perceived threats from the US and the South.

"It's about time for the enemies to wake up from the stupid fantasy called 'denuclearisation of the North," it said in an editorial.

"'Denuclearisation of the North' is a wild dream that can never be achieved forever," it added.

Tensions between North and South Korea have been running high for months, with each accusing the other of provocations. 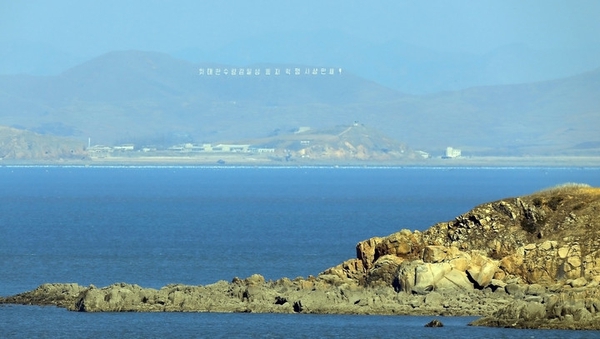