British Prime Minister David Cameron has pressed ahead with plans to call a vote of his fellow EU leaders if the bloc seeks to push through Jean-Claude Juncker as head of the European Commission.

A Downing Street spokeswoman said Mr Cameron asked Mr Van Rompuy to prepare for a vote on Mr Juncker's nomination as the head of the EU's executive "should the European Council choose to depart from a consensus-led approach when it meets this week".

"President Van Rompuy agreed to work through how a vote would proceed," the spokeswoman added, after what were described as "full and frank" talks.

Mr Cameron wants his fellow leaders to hold an unprecedented vote of all 28 leaders when they meet for an EU summit, also known as a European Council, in Ypres and Brussels on Thursday and Friday.

He told Mr Van Rompuy that he would not change his mind on Mr Juncker and that nominating him would "be an irreversible step which would hand power from the European Council to the European Parliament".

"It would end the decades-long practice of always finding a candidate by consensus. And it would ignore the clear pro-change and pro-reform message delivered by European voters in the recent European Parliament elections," Mr Cameron said, according to his spokeswoman. 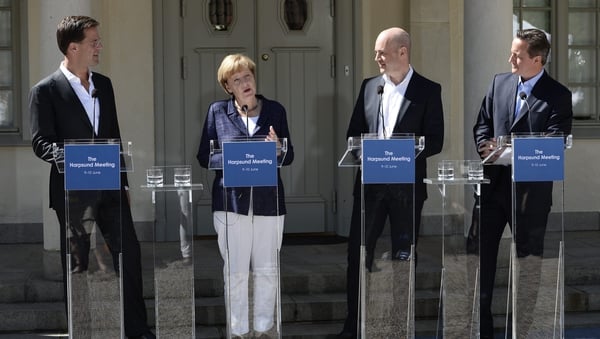