The number of people driven from their homes by conflict and crisis has topped 50m for the first time since World War II.

The UN refugee agency said there were 51.2m forcibly displaced people at the end of 2013, a full six million higher than the previous year.

They included 16.7m refugees and 33.3m displaced within their homelands, and 1.2 million asylum seekers whose applications were pending.

Half are children, many of them caught up in conflicts or persecution that world powers have been unable to prevent or end, the UNHCR said in its annual Global Trends report.

"We are really facing a quantum leap, an enormous increase of forced displacement in our world," UN High Commissioner for Refugees Antonio Guterres said.

In all, nearly 3m Syrians have crossed into neighbouring Lebanon, Turkey, Iraq and Jordan, while another 6.5m remain displaced within Syria's borders.

"We are seeing here the immense costs of not ending war, of failing to resolve or prevent conflict," Mr Guterres said.

"We see the Security Council paralysed in many crucial crises around the world."

Conflicts that erupted this year in Central African Republic, Ukraine and Iraq are driving more families from their homes, he said, raising fears of a mass exodus of Iraqi refugees.

"A multiplication of new crises, and at the same time old crises that seem never to die," he added.

Afghan, Syrian and Somali nationals accounted for 53% of the 11.7m refugees under UNHCR's responsibility.

Five million Palestinians are looked after by a sister agency UNRWA.

Most refugees have found shelter in developing countries, contrary to the myth fuelled by some populist politicians in the West that their states were being flooded, Mr Guterres said.

"Usually in the debate in the developed world, there is this idea that refugees are all fleeing north and that the objective is not exactly to find protection but to find a better life.

"The truth is that 86% of the world's refugees live in the developing world," he said.

Desperate refugees and migrants from the Middle East and Africa have drowned after taking rickety boats in North Africa to cross the Mediterranean to reach Europe, mainly via Italy.

Italy has a mission, known as Mare Nostrum or "Our Sea", which has rescued about 50,000 migrants already this year.

It will ask the EU next week to take over responsibility for rescuing migrants, a task that is costing its navy €9m a month.

"It is important to have a European commitment there and to make sure that such an operation can be sustainable," Mr Guterres added. 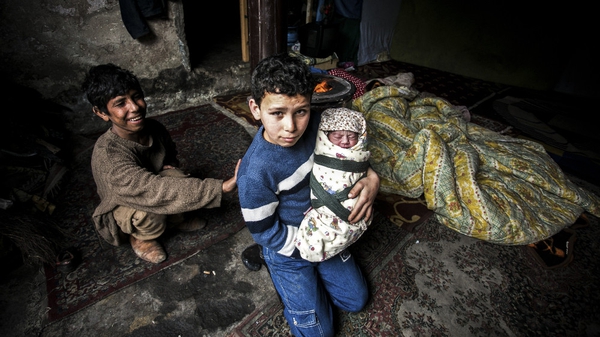