Former Minister for Justice Alan Shatter has accused Senior Counsel Sean Guerin of a "fundamentally flawed preliminary inquiry and report and an unprecedented rush to judgement".

Mr Shatter was speaking during a Dáil debate on the Cooke report into allegations of bugging at the Garda Síochána Ombudsman Commission.

During the speech he compared the finalisation of the Cooke report with that of the Guerin report into the handling of Garda whistleblower allegations.

Mr Shatter said the result of the Guerin report was to make his continuing as minister untenable. He said it had wider implications.

He said the approach taken by the Guerin Report should never be repeated.

Mr Shatter said no one in the future requested to undertake such a task should be enabled to take to him or herself the role of investigator, prosecutor, judge, jury and executioner.

He said he was very puzzled why Mr Guerin did not take additional time to properly complete his work and why he rushed to judgement.

He said this contrasted with the approach taken by Judge Cooke.

He said Judge Cooke made appropriate arrangements to attend GSOC's offices to access and read all relevant documentation.

Mr Shatter said it was quite right that Mr Guerin met with Sgt Maurice McCabe for as long as he deemed necessary.

He said it was a mystery to him how Mr Guerin believed he was properly fulfilling his remit and obligation to observe fair procedures by not meeting with those whose good name, reputation and credibility could or would be affected by his report.

Earlier, he said that as minister he had dealt with bugging allegations at the Garda Síochána Ombudsman Commission in a straightforward and truthful manner.

Mr Shatter said it was disturbing that the GSOC commissioners were so "imprecise" in their account to an Oireachtas committee that they fuelled speculation that Mr Shatter's first statement to the Dáil was inaccurate.

He said his remarks were based entirely on GSOC's briefing to him.

Mr Shatter said he believed the conduct of GSOC’s commissioners and the narrative and conclusions of Judge John Cooke raised genuine concerns about GSOC’s capacity to undertake and comply with its statutory duties under its present leadership. 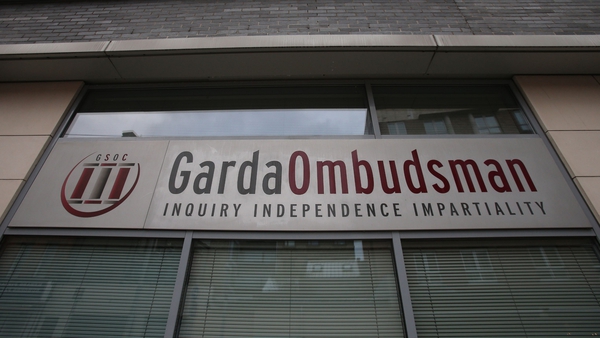