Socialist Party TD Joe Higgins has said the banking inquiry should investigate the period from the early 2000s up to the remit of the present Government.

Mr Higgins was nominated to be a member of the inquiry yesterday after independent TD Stephen Donnelly quit over the weekend following the Government's move to retain an overall majority on the committee.

Mr Higgins said he believed the inquiry should investigate the "blowing up" of the property bubble, and why the interests of developers, speculators and bankers took precedence over the interests of ordinary people.

The question of why the burden of the crash was put on the shoulders of Irish people, with the Government taking on the private debt of the bondholders, should also be investigated, he said.

Speaking on RTÉ's Morning Ireland, he said the investigation should examine the allegation that when the current Government had intended to burn some bondholders, that there was an intervention from the European Central Bank, which threatened that "an economic bomb would go off in Dublin" if that was done.

Asked about the Government's commitment not to enforce the whip on its members on the committee, Mr Higgins said he did not take that seriously.

The fact that the inquiry had a huge majority of representatives of the establishment parties was a big problem from the beginning, he said.

Mr Higgins said he would want a citizens or people's inquiry, whereby representatives of ordinary people would be able to look into it.

He believed the most significant part of the inquiry would be the public hearings, he added. 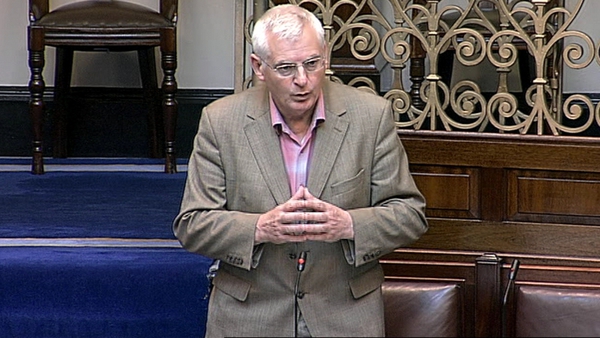