Socialist Party leader Joe Higgins has said it would be a dereliction of his duty to the people not to take the opportunity to replace Stephen Donnelly on the banking inquiry.

The Dublin West TD was nominated by the Technical Group of the Dáil earlier today.

Mr Higgins said he respected Mr Donnelly's decision but there was an obligation on him to serve on the inquiry to call to account all those in positions of responsibility during the banking crash.

It is believed that no one else was nominated at today's meeting of the Technical Group.

The group met in the wake of the resignation of Mr Donnelly from the inquiry at the weekend following the Government's move to retain an overall majority on it.

Meanwhile, Minister for Public Expenditure and Reform Brendan Howlin has said events of recent weeks were unfortunate and described the developments in the Seanad as "a coup" by Fianna Fáil.

He said the notion that the two representatives of the Seanad on the inquiry would come from the minority side was unacceptable.

It was "a little bit rich" to hear some of the commentary that the Government is being undemocratic by adding two of its senators, he added. 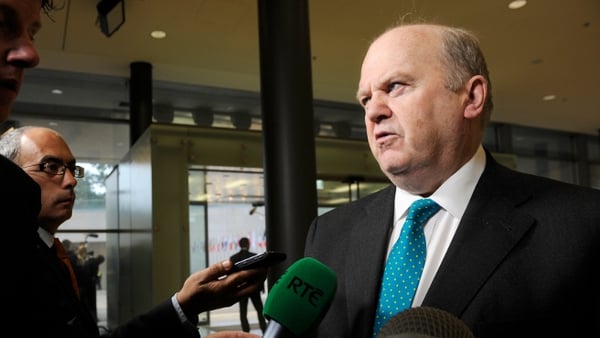