Minister for Finance Michael Noonan has said the Government's appointment of two extra members to the banking inquiry committee was simply the reversal of a "stroke" pulled by Fianna Fáil.

He said Taoiseach Enda Kenny's action simply brought the situation back to the status quo, where the committee's make up reflects that of political parties in the Dáil.

He said there was no intention of having a politically-directed committee.

Mr Noonan was speaking in Limerick as controversy builds over the banking inquiry committee.

However, Fianna Fáil denied the accusation that it had pulled a stroke.

In a statement this afternoon, Fianna Fáil leader Micheál Martin said the accusation betrayed "either a lack of basic knowledge about what actually happened or a fundamental dishonesty in the Government’s approach".

Last Thursday, Fine Gael Senator Michael D'Arcy and Labour Senator Susan O'Keeffe were added to the committee amid scenes of loud protest in the Seanad.

Mr Noonan today said the removal of the party whip on Government TDs and senators on the committee sent a clear signal to the public that the inquiry's work will be done in a frank and fair way.

He said he believed it was important that hearings are in public and that the public establish the facts through their representatives as opposed to hearing them from a judge-led inquiry.

The Taoiseach has said the banking inquiry is not driven by Government and does not operate under mandate, directions or instructions from Government.

He told reporters in Lebanon, where he is visiting Irish troops, that it is a different type of committee and is the first of the committees under new legislation.

He said there is no whip to vote and Fine Gael members have absolute freedom over what they want to do.

The Taoiseach said this is a very important committee and he would say to everybody to focus on the substance of it because there is no direction from Government or any party political motive.

Mr Kenny added that what had happened in the Seanad should not have happened, and all that had been done since then was that the principal of representation had been restored to reflect the structure of the Houses of the Oireachtas.

Independent TD Stephen Donnelly has welcomed the Government's decision to remove the whip, however he said public confidence in the inquiry could only be restored if the two additional members left the committee.

He added that if this happened he would consider rejoining the committee.

Mr Donnelly yesterday quit the inquiry, saying the actions of Taoiseach Enda Kenny had made it no longer credible.

He said the Seanad select committee had made its decision to appoint Senators Sean Barrett and Marc MacSharry and that should have been that.

Meanwhile, Tánaiste Eamon Gilmore has said that Fianna Fáil does not want to have a banking inquiry at all.

Mr Gilmore was responding to comments by Mr Martin.

Earlier, Mr Martin said a cheaper, faster and more effective banking inquiry than the one currently being established should be set up independently of the Oireachtas.

Mr Martin said a judge-led inquiry would not be limited by time or restricted by the powers of the Oireachtas.

Speaking on RTÉ's Morning Ireland, he said the Coalition's handling of the banking inquiry has been marked by non-consultation, no genuine engagement with the Opposition and a Government-dictated, as opposed to an Oireachtas-led, inquiry.

He said despite his reservations Fianna Fáil would not withdraw from the inquiry as Mr Donnelly had decided to do following the Government's move to retain an overall majority on the committee.

Fianna Fáil had a role to play in the "saga" and in getting at the truth, he said.

Mr Gilmore this afternoon said: "Well I think that some people have an interest in making sure that there isn't a banking inquiry and I think first to the table on that is Fianna Fáil, sure they don't want to have a banking inquiry at all."

Socialist Party leader Joe Higgins has said he will consult with the Technical Group and his Socialist Party colleagues before tomorrow to decide whether he will put himself forward to replace Mr Donnelly on the banking inquiry committee.

Speaking on RTÉ's News at One, he said he was concerned that only one "austerity-critical" TD, Sinn Féin's Pearse Doherty, was now on the committee.

He said he was one of the few critical voices in the Dáil during the boom times and questioned those making decisions at the time "without fear or favour".

He accused the Government of a "crude and ham-fisted" approach in setting up the banking inquiry.

Mr Higgins said he favoured a citizens' inquiry that includes what he called "the victims of the bailout and property bubble".

He also said it must be considered whether a public representative should be on the committee.

Mr D'Arcy this morning said he will not resign from the inquiry after being appointed to examine its terms of reference.

Speaking on RTÉ's Morning Ireland, he said he took his appointment to the inquiry very seriously.

He agreed he would have preferred if he had come to the job differently and said the inquiry had got off to a poor start.

However, he said it was time to get on with the work at hand.

Mr D'Arcy said he was pleased to hear the Government had clarified that no whip would be applied to the members, despite a Government majority, and that the impartiality of individuals on the committee would be assured.

Mr Doherty has said the decision to remove the whip from party members serving on the bank inquiry committee was not enough to prevent the public from seeing it as "an anti-democratic stitch-up".

Mr Doherty said public confidence in the committee had been damaged by the Government's attempts to direct the inquiry and the terms of reference.

He again called for the decision to appoint Mr D'Arcy and Ms O'Keeffe to the committee to be reversed.

Mr Doherty said he did not think it was necessary to have a judge-led inquiry.

The committee could get on with its work once the two Government-appointees were removed, he added.

Fine Gael TD Kieran O'Donnell has called for the other political parties on the committee to remove the party whip from their members.

Speaking on the Today with Sean O'Rourke programme, Mr O'Donnell said the Government's decision to remove the whip from its members was unprecedented and showed its intent that the committee be independent.

He called on Mr Donnelly to reconsider his decision to step down from the committee.

Mr O'Donnell, who is on the committee, also rejected the suggestion that the inquiry should now be replaced by a judge-led inquiry.

He said that the committee needs to get on with its work.

He said TDs were elected by the Irish people "to get this banking inquiry up and running". 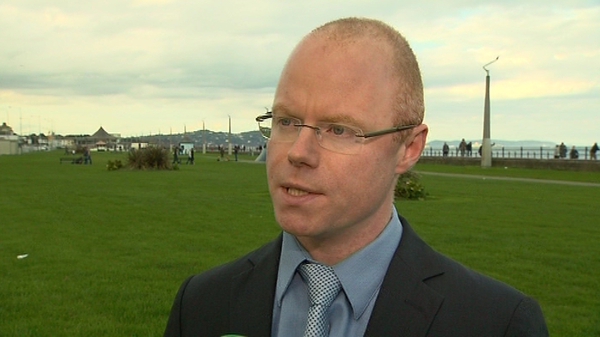