The Dáil debate on the Housing Bill has been adjourned.

Among the provisions under consideration is the replacement of rent supplement with a new Housing Assistance Payment.

While rent supplement is paid to the tenant, the new HAP will be paid directly to the landlord.

Earlier, there were calls for rent controls to be introduced as a matter of urgency to ensure predictable rent increases.

Chairperson of Threshold Aideen Hayden said the law should be changed so people should be given "rent certainty".

She said other European countries have shown rent controls are possible and rents cannot catapult up and down with volatile markets.

Socialist Party TD Ruth Coppinger, speaking later at a Housing Action Group news conference, said rent controls are needed to stop people become homeless and it would "take the heat out of the bubble" that is going on in Dublin and is developing in other cities.

She said amendments to bring in rent control had been proposed for the Housing Bill.

Minister for Housing Jan O'Sullivan has commissioned a report on rent controls and her department today said it expects to receive it before September.

Ms O’Sullivan said people who are in receipt of the HAP will be placed on a transfer list for local authority housing if that is their wish.

Speaking on RTÉ's Drivetime, Ms O'Sullivan said she intends to insure that those who are in the HAP system are not at a disadvantage when it comes to the assignment of local authority housing.

She said that their placement on waiting lists should not be affected and that they will have an equal chance of getting a local authority house that will suit their needs.

"They will be on a transfer list and I want to ensure that they will have an equal chance as they would have in the old system of getting a house in their area that suits their needs.

"I want to reassure people that by transferring to this his system that they're not going to lose their position in terms of getting a local authority house."

Independent TD Róisín Shortall criticised the HAP and said it is an attempt by the Government to "massage housing figures".

Speaking on RTÉ's News at One, Ms Shortall said while she welcomed many aspects of the legislation the fact that those availing of new payments will lose their places on current housing waiting lists is a serious problem.

She said it is an attempt by Government to "wash its hands of responsibility for providing a decent public housing programme". 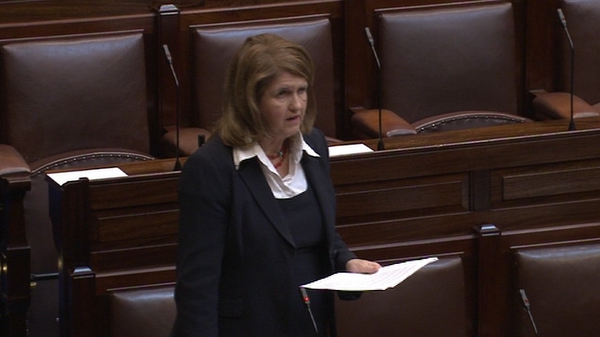