The Government has reached a decision on the return of some discretionary medical cards to those who lost them as part of a controversial review process.

Around 15,300 people with an acute or life-long medical condition, who lost their discretionary medical card, or GP visit card, after an eligibility review between 1 July 2011 and 31 May 2014, are to have them returned.

The returned cards will only be valid until July 2015, with an extra €13m being provided by the HSE to cover the full-year cost of their return.

Minister for Health James Reilly has said the cards could be restored within three weeks.

He said that people entitled to have their cards back will be informed by letter.

Mr Reilly said that there is no basis or plan for a refund for people who are having their cards returned.

The Government is believed to have agreed an administrative solution to return the cards, which will mean that legislative changes will not be required.

Withdrawn discretionary medical cards will only be returned to people who during their review provided the information and documentation required to assess their eligibility.

They must also have had a serious medical condition which required their case to be referred to a medical officer as a part of the review.

Mr Reilly said the date of 1 July 2011 has been chosen as the starting point, as that was when the medical card application process was centralised and from which problems arose.

The minister brought a memo to Cabinet on the issue this morning.

It followed a two-week review by officials in his department on the possible options for returning discretionary cards as Health Service Executive officials had said they could not legally restore them.

That review followed months of criticism by groups representing people with various health conditions and also criticism from the Opposition over the controversial review process.

Speaking on RTÉ's News At One, Mr Reilly apologised on behalf of himself and the Government for any upset caused to people by the eligibility review.

He said: "Cabinet made a budget decision, I was part of that and I take responsibility for that.

"I do agree people were distressed by this and I would apologise on my behalf and on behalf of the Government for any upset caused to people. This was an unintended consequence.

"It was an attempt to improve the medical card system to bring fairness and equity to the system, but this was an unintended consequence for which I am sorry."

Independent TD Róisín Shortall has said the reinstatement of discretionary medical cards represents a major U-turn on the part of the Government.

Speaking on the same programme, Ms Shortall said that serious issues now arise due to the lack of any proper policy basis to this decision-making.

She said decision-making in the Department of Health has been chaotic for some time and the issue of compensation for affected patients now arises.

Ms Shortall said she would be seeking assurances that the cost of reinstating the cards will not be deducted from other front line services.

Sinn Féin health spokesperson Caoimhghín Ó Caoláin has said he welcomes the 'U-turn' by the Government, saying that it was a long overdue decision on something that should never have been allowed to happen.

Mr Ó Caoláin said that the removal of cards had a terrible impact on families, sick children and people with disabilities.

Peter Fitzpatrick of the Our Children's Health campaign said it was clear that there will be no temporary provision for people who are currently in the middle of their first medical card application, or people who will be diagnosed with a serious illness over the coming months.

While welcoming the fact the Government had gone back to June 2011 to return cards, he said there would inevitably be seriously ill people that are left behind by today's decision.

Labour TD Ann Phelan has welcomed the decision, saying that the decision is long overdue. 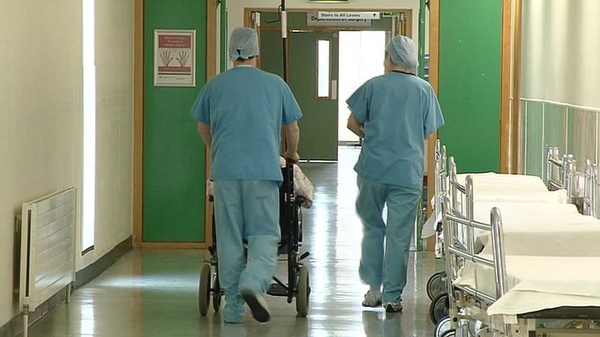