The Director General of the Health Service Executive has said there is a difficulty in reissuing cards to people who had lost their medical cards after being assessed.

Speaking on RTÉ's Morning Ireland, Tony O'Brien said the Government is committed to doing what is necessary to speed up the process.

Mr O'Brien said he understood that some of these cards should be reissued in a matter of weeks.

He said: "Because individuals who have already lost their discretionary issues medical cards had been assessed and found not to qualify, the HSE has a difficulty in reissuing medical cards in that circumstance.

"Minister [James] Reilly and Minister [Alex] White are working on arrangements that will enable us and authorise us to reissue those cards.

"Government is clearly committed on creating conditions so that they can get their cards back and completing that quickly.

"My understanding is that it will be a matter of weeks."

The HSE has set up an expert panel to examine the eligibility process for medical cards.

It will be chaired by Prof Frank Keane and will be made up of 23 medical professionals, as well as a patient representative.

The panel has been asked to identify a range of medical conditions, in order of priority, which would benefit most from medical card eligibility.

Mr White, who has responsibility for primary care, is meeting Mr Reilly today.

Mr White has said everything that is being done is being reported.

He said the problem can be solved and will be solved.

Elsewhere, the Irish Cancer Society has called for cancer to be included as a condition that entitles someone to a medical card.

The society is due to meet Minister Reilly and his officials today.

Head of Advocacy & Communications Kathleen O'Meara said: "We will tell the minister that cancer patients undergoing treatment should be entitled to a medical card under these new rules.

"This will ensure that cancer patients no longer suffer the financial and emotional distress that many are currently experiencing." 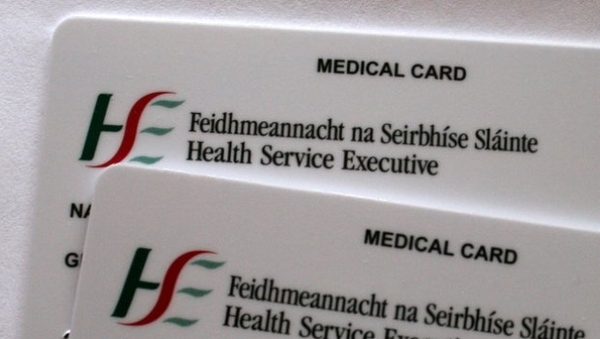