A decision to set up the statutory based investigation into the Mother and Baby homes has been described as just a good start on the way to full disclosure.

The comments were made by relatives of women, whose babies were born at the St Peter's Hospital, run by the Sisters of the Sacred Hearts of Jesus and Mary, in Castlepollard, Co Westmeath.

Hundreds of women gave birth there between 1936 and 1970 but many families have said they have been unable to find out why many of the babies died and where they were interred.

Mary Joyce from Galway, whose aunt Carmel gave birth at St Peter's in the 1940's, said she has been unable to get the co-operation necessary to determine where her baby cousin is buried.

A group of relatives of women who gave birth at St Peter's still meet there every year, but there is dissatisfaction that unmarked graves of dozens of babies are still not properly identified.

Relatives claim that former staff at the hospital indicated the presence of a baby's grave by hammering a square spiked nail in the wall of the graveyard at St Peter's and in a walled garden in the next field.

However, Ms Joyce said that unless excavation is carried out in the area relatives can never be sure where their loved ones are buried and the public will never know how many babies actually died at this mother and baby hospital.

A headstone was erected in the cemetery in the 1970's with an inscription saying "in memory of God's special angels interred in this cemetery".

However, relatives of the women who went to St Peter's say they want to know more about the circumstances surrounding the deaths of the babies and have been unable to do so until now. 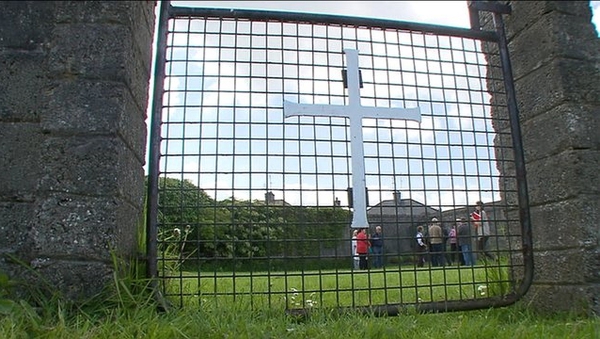