Australia is investigating an account from a sailor who said she may have seen Malaysia Airlines Flight MH370 on fire.

The Australian Transport Safety Bureau, which is leading the search at the request of the Malaysian government, is looking at the claim from a British yachtswoman made this week.

"The ATSB received ... a message from a member of the public, reporting that they had seen what they believed to be a burning aircraft in the sky above the Indian Ocean on the night of the disappearance of MH370," a spokesman said.

"That information has been forwarded to the ATSB's MH370 Search Strategy Working Group for review."

Flight MH370 was en route from Kuala Lumpur to Beijing when it inexplicably diverted on 8 March with 239 people on board.

It is believed to have crashed in the southern Indian Ocean.

An extensive search for the plane has so far found nothing, despite an intensive underwater hunt with a mini-sub that could dive to 4,500 metres.

The ATSB yesterday released a request for tenders for a company to dive even deeper, to depths of up to 6,000 metres.

It said the successful bidder would be engaged as a prime contractor and provide the expertise, equipment and vessels needed to carry out the search for the Boeing 777 from August.

An international team is now determining a search zone of up to 60,000sq km based on where the aircraft last communicated with an Inmarsat satellite.

British yachtswoman Katherine Tee added to speculation about the location of a possible crash site by revealing she saw a glowing plane over the Indian Ocean in March.

The 41-year-old said she told Australian authorities of her sighting of a plane with "what appeared to be a tail of black smoke coming from behind it" while she travelled from Kochi in India to Phuket in Thailand.

"There were two other planes passing higher than it - moving the other way - at that time," she wrote on sailing site Cruisers Forum, a firm for which she also works.

"I recall thinking that if it was a plane on fire that I was seeing, the other aircraft would report it."

She said she told no one at the time because she and her husband, who was onboard but asleep, had been having difficulties and had not spoken for about a week.

But after confirming her yacht's position using GPS data in recent days, she said she knew she was in the "right place at the right time" and told authorities.

MH370's last known position, as tracked by military radar, was roughly west of Phuket, although the search area has focused on a zone hundreds of kilometres further south. 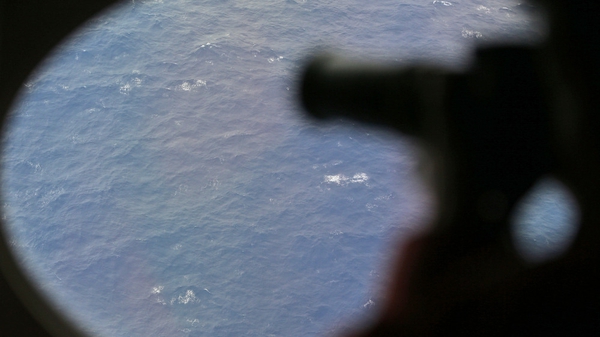