The search for a missing Malaysia Airlines jetliner has suffered a further setback, after Australian officials said wreckage from the aircraft was not on the seafloor in the area they had identified.

Flight MH370, carrying 239 passengers and crew, disappeared from radar screens on 8 March shortly after taking off from Kuala Lumpur bound for Beijing.

Investigators say what little evidence they have to work with, including the loss of communications, suggests the Boeing 777 was deliberately diverted thousands of kilometres from its scheduled route.

The search was narrowed last month after a series of acoustic pings, thought to be from the plane's black box recorders, were heard.

The sounds were heard near where analysis of satellite data put the plane's last location, about 1,600km off the northwest coast of Australia.

The discovery of the pings on 5 and 8 April was hailed as a significant breakthrough.

Australian Prime Minister Tony Abbott had expressed confidence that searchers knew where the plane wreckage was within a few kilometres.

However, a thorough scan of the 850sq.km area around the pings with an unmanned submarine failed to find any sign of wreckage.

No debris linked to the plane has been picked up, despite the most extensive and expensive search effort in aviation history.

"The Australian Transport Safety Bureau (ATSB) has advised that the search in the vicinity of the acoustic detections can now be considered complete and, in its professional judgment, the area can now be discounted as the final resting place of MH370," the agency in charge of the search said in a statement.

Yesterday, CNN quoted Michael Dean, the US Navy's deputy director of ocean engineering, and said authorities now almost universally believe the pings did not come from the plane's on board data or cockpit voice recorders.

"Our best theory at this point is that (the pings were) likely some sound produced by the ship ... or within the electronics of the Towed Pinger Locator," Mr Dean told CNN.

The search zone had already been extended to a 60,000sq.km zone that is being surveyed by a Chinese vessel.

It will then be searched by a commercial operator in a mission that is expected to start in August and take up to a year, at a cost of AU$60m (€41m) or more.

Families of the missing passengers are hoping that opening up the data to analysis by a wider range of experts could help verify the plane's last location.

Australian authorities said the data supported the theory that the plane crashed after running out of fuel. 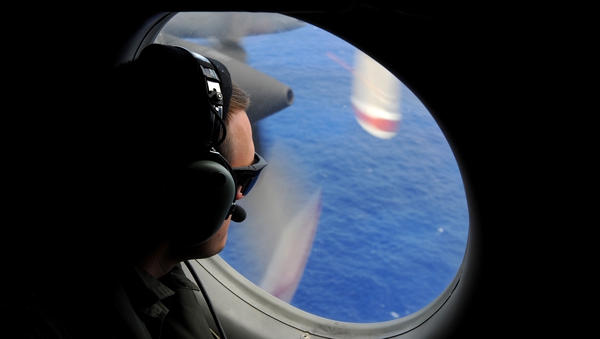