Minister for Health James Reilly has told the Fine Gael Parliamentary meeting that he had not received the support of some of his Cabinet colleagues on the medical card issue.

Mr Reilly said he did have the support of Taoiseach Enda Kenny.

He told the meeting the political will to resolve the issue was not there until last week and it was a budgetary issue.

The minister apologised to those who had lost their medical cards and he said that whoever is Minister for Health, whether it is him or someone else, there was no more room for cuts in Health as it was "cut to the bone."

TDs Jerry Buttimer and Kieran O'Donnell called for the review of all medical cards, including those for the over 70s, to be suspended and to be reviewed by an expert group.

Other deputies said the issue of those who had lost their cards should be resolved as soon as possible.

The minister said he would look at these issues and bring proposals to Cabinet.

After the meeting some deputies said it is not clear how far back the review will go in terms of those who lost their cards and who will be included.

Some newer TDs who were critical of Mr Reilly in the media recently did not speak on the issue.

Michael Noonan said it is not clear if legislation would be required to return cards to those who need them.

Mr Noonan told the Dáil the decision had been taken after a Cabinet discussion yesterday.

The controversy over healthcare and medical cards was top of the political agenda today with Mr Reilly under fire throughout Leader's Questions, where Mr Noonan was standing in for the Taoiseach who is on a trade mission to San Francisco.

Mr Reilly has been tasked by the Cabinet to prepare options on how to deal with the issue.

A spokesperson for Mr Reilly said he was working closely with his departmental officials, the Health Service Executive and the Attorney General on the issue.

The HSE decided last week to suspend reviews of discretionary card reviews or appeals that are under way.

It said today it is notifying people affected by this through the normal routes, including text message.

Last week, it said anyone who lost their cards before the review was suspended would not get them back because it is not legally possible.

In a statement this afternoon, the HSE reiterated that legal position.

It said: "With regards to individuals who had already lost their medical card following a review, there is currently no legal basis under which the HSE can reinstate eligibility.

"Identifying the appropriate legal and legislative measures required to provide medical card eligibility on the basis of medical need will be undertaken as part of the review of the legislative framework, supported by the work of the expert panel currently being established by the HSE."

Minister for Transport Leo Varadkar earlier confirmed that the issue of returning discretionary medical cards to those who have lost them was discussed at yesterday's Cabinet meeting.

Speaking in Dublin, he said over the next one or two weeks the cases of those who have lost their cards will be considered.

Mr Varadkar said: "It's important to remember why the review of discretionary medical cards was done in the first place.

"There was a lot of inconsistency when it came to discretionary cards."

It was also found that a number of people who had discretionary cards were dead, in some cases they had left the country and doctors were still being paid for those people, he said.

But the minister said that the review process upset a lot of people, even though in 96% of cases their cards were not removed.

The Government has faced mounting criticism for the review process, with it being blamed for both Labour and Fine Gael's poor performances in the Local and European Elections. 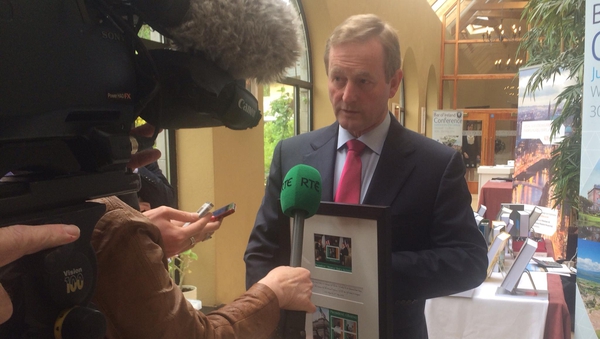