Nominations for the positions of Labour Party leader and deputy leader closed at midday.

Minister for Social Protection Joan Burton and Minister of State at the Department of Health Alex White are the only candidates for the leadership.

The contest for the deputy leader position is a four-way race.

Tánaiste Eamon Gilmore announced last week that he was standing down as leader in the wake of big losses for the party in the European and Local Elections.

Speaking this morning on Newstalk, Mr White said he would be backing Ms Conway for the deputy leadership.

He refused to rule out any party as potential Coalition partners for Labour after the next election.

Mr White's campaign will be managed by former TD Derek McDowell, who resigned from his position with Labour today.

Ms Burton remains the frontrunner in the race.

Labour TD Arthur Spring declared in her favour this morning when he said he would not be standing himself.

The outcome will be determined by the membership, but Cabinet ministers, such as Pat Rabbitte and Brendan Howlin, have yet to say who they will support.

Labour's parliamentary party chairman Jack Wall has said he expects "a high-level of participation" in the elections for leader and deputy leader.

He said: "The general secretary will organise a number of hustings ... where the candidates will meet with the grassroots members of the Labour Party."

Five hustings will take place in the contest, with two in Dublin and one each in Cork, Galway and Portlaoise.

The first meeting in Dublin will take place on Monday.

Ballot papers will be issued to members on 9 June and the deadline for their return is set for Friday 4 July. 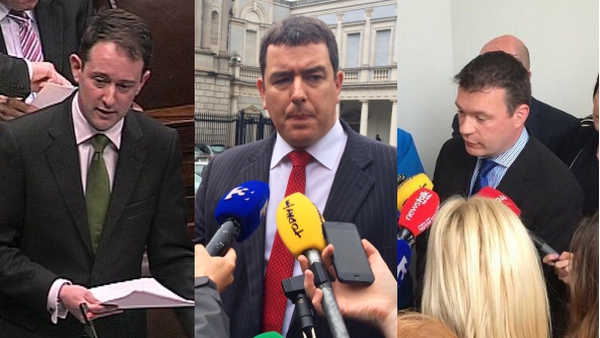