At least two people were killed when missiles fired at a Libyan special forces army base missed their target and struck family homes in the eastern city of Benghazi, residents and officials said.

The attacks last night followed a week of clashes in Benghazi and Tripoli between irregular forces loyal to a former Libyan general and rival militias.

Libya's government has been unable to control brigades of ex-fighters who helped oust Muammar Gaddafi in a NATO-backed 2011 uprising.

It was not clear who fired the rockets at the special forces base in Benghazi.

But the city is home to the Islamist militants who have been targeted by forces loyal to retired General Khalifa Haftar.

Western governments worry Gen Haftar's call for army units to join his campaign will split the military and trigger wider turmoil in the oil-producing country where brigades of former rebels are the real powerbrokers.

Gen Haftar has said government and parliament had lost any legitimacy because they were unable to purge the OPEC producer of extremists.

Several army units and some government officials have backed him.

Kerry to testify over Benghazi attack

US Secretary of State John Kerry has agreed to testify before a House committee investigating the 2012 attack on the US diplomatic compound in Benghazi, Libya.

Mr Kerry had been subpoenaed to testify on 29 May, but the US State Department said prior commitments would prevent his appearance and he will now appear on 12 June.

Mr Kerry offered two other dates and the House of Representatives Oversight Committee accepted his offer to appear on 12 June.

In a letter to the committee, the State Department said if Mr Kerry testifies before the Oversight panel, it should remove any need for him to appear before a House Select Committee that was formed recently to look into the Benghazi incident.

Four Americans, including US Ambassador Christopher Stevens, were killed in the attack.

House Republicans have launched multiple investigations into the Obama administration's handling of diplomatic security in the run-up to the 11 September, 2012, attack and the steps it took in the aftermath.

Republicans have accused the Obama administration of playing down the role of al Qaeda-linked militants in the assault.

They said admitting the militant group's role would have undermined the Obama administration's contention ahead of the November 2012 presidential election that it had the Islamist group on its heels.

Democrats say Republicans are pursuing the issue for political purposes, including keeping the spotlight on Hillary Clinton, Obama's secretary of state at the time of the Benghazi attack. 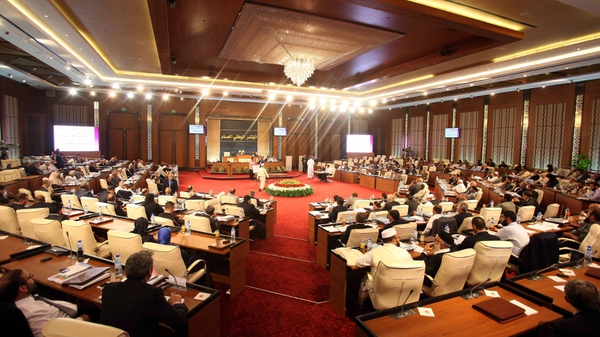