A United Nations Committee has criticised what it calls "the continued refusal" by the four religious orders that ran the Magdalene laundries in Ireland to contribute to a redress fund for survivors of abuse.

The Committee Against Torture also criticised the Vatican's refusal to provide archival documentation to a Special Commission of Inquiry into sex abuse in Australia.

Today's report from the Geneva-based committee contains its concluding observations on the Holy See's report delivered earlier this month on its adherence to the UN Convention Against Torture and other Cruel, Inhuman or Degrading Treatment or Punishment.

Among the recent Vatican initiatives it welcomes is its Circular Letter to Assist Bishops' Conferences in Developing Guidelines for Dealing with Cases of Sexual Abuses of Minors Perpetrated by Clerics, which establishes that "the prescriptions of civil law regarding the reporting of such crimes to the designated authority [in any state] should always be followed".

It also praises last month's promise by Pope Francis that "we [the Catholic Church] have to be even stronger" in dealing with such abuse and the sanctions that must be imposed.

However, the report criticises "the continued refusal" by the four religious congregations that ran the Magdalene laundries to contribute to a restorative justice fund for survivors of abuse.

A Government estimate has put the cost to the taxpayer at between €35m and €65m.

Taoiseach Enda Kenny has said the nuns have a moral and ethical obligation to contribute to the fund.

They say they are helping in other ways, chiefly by continuing to provide residential care for about 130 former laundry workers. 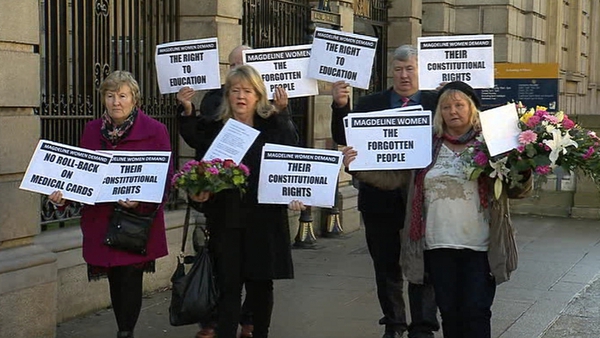