Minister for Transport Leo Varadkar has said it would be better if Alan Shatter made a decision before the elections on Friday on whether or not to accept a €70,000 severance package.

Mr Varadkar said a decision within the next two days would also benefit people running for the council in Mr Shatter's own constituency in Dublin.

However, he said he would leave the decision to the former minister for justice, who is entitled to the payment since leaving his ministerial position.

Taoiseach Enda Kenny reiterated his morning that he could not force anyone to do anything, but he said he would recommend that Mr Shatter would not accept the payment.

This evening Mr Kenny said that as a member of the Cabinet who had agreed the abolition of such payments, he would expect Mr Shatter to adhere to Government policy.

Legislation abolishing such payments has been passed.

However, the statutory instrument giving effect to the relevant provision was signed a week after Mr Shatter's resignation.

Mr Shatter resigned as minister for justice two weeks ago over criticism contained in the Guerin Report.

A Government spokesperson said it had been clear Government policy to end severance payments to former ministers and that everyone should adhere to that. 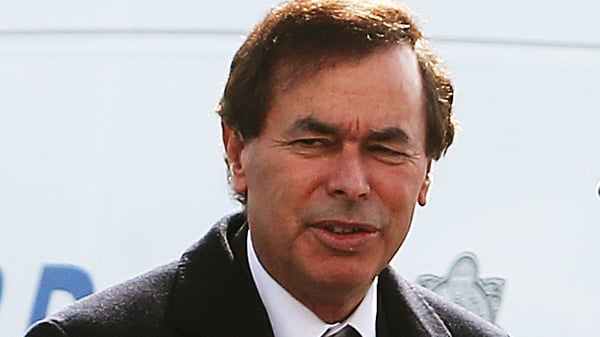