The Department of Public Expenditure and Reform has confirmed that former minister for justice and defence Alan Shatter will be entitled to severance pay of around €70,000, despite a Government pledge to abolish such payments.

However, Minister for Public Expenditure and Reform Brendan Howlin had not signed the commencement orders for the legislation at the time that Mr Shatter resigned.

As a result, Mr Shatter retains his entitlement to the payment.

Taoiseach Enda Kenny has urged Mr Shatter to waive his entitlement to the severance pay.

Asked about the Taoiseach's position on the issue, a Government spokesperson said it has been clear Government policy to end severance payments to former ministers, and that "everyone should adhere to that - including Alan".

The spokesperson also said a formal decision was made in this regard by Government some time ago.

He said that decision had been followed by legislation supported by Government and passed by the Dáil.

As yet, it is unclear whether Mr Shatter intends to accept the payment, or waive his entitlement.

The former minister could not be reached for comment.

Sources said that the Taoiseach did not have the power to direct Mr Shatter to waive the payment.

Under the Oireachtas (Allowances to Members) and Ministerial and Parliamentary Offices Act 1992, the rate of severance allowance was determined by how long the minister held office.

Where the minister was in office for two continuous years, he or she was entitled the equivalent of one year's ministerial allowance of €70,282 paid out over two years.

Ministerial severance payments were due to be abolished under the Oireachtas (Ministerial and Parliamentary Offices) (Amendment) Act of 2014, which was passed recently.

Mr Shatter will be the last such office-holder to receive the payment if he accepts it. 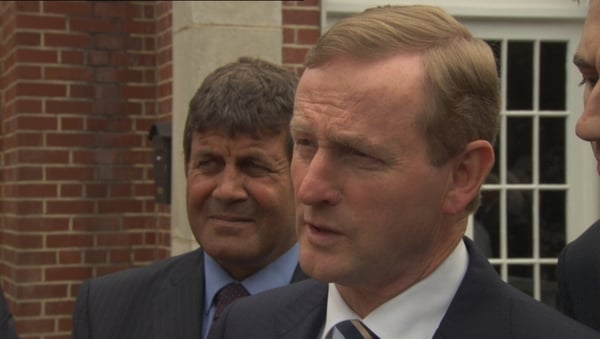