Bosnia has said that more than a quarter of its 4m people had been affected by the worst floods to hit the Balkans in living memory.

The extent of the devastation became apparent in Serbia too, as waters receded in some of the worst-hit areas.

Homes toppled or submerged in mud were revealed, felled trees and villages left strewn with the rotting corpses of livestock.

The regional death toll reached more than 40, after the heaviest rainfall since records began 120 years ago caused rivers to burst their banks and triggered hundreds of landslides.

Mr Lagumdzija said more than 100,000 houses and other buildings in Bosnia were no longer fit to use and that over 1m people had been cut off from clean water supplies.

"During the war, many people lost everything," he said. "Today, again they have nothing."

The challenge now facing the cash-strapped governments of both Bosnia and Serbia is massive.

Serbian Prime Minister Aleksandar Vucic said the cost in Serbia would run to hundreds of millions of euros. President Tomislav Nikolic appealed for outside aid.

"We expect huge support, because not many countries have experienced such a catastrophe," he said.

The United States is sending 26 tonnes of humanitarian aid to the Balkans to help with relief efforts.

Even as the crisis eased in some areas, a new flood wave from the swollen River Sava threatened others.

There are fears over Serbia's largest power plant, the Nikola Tesla complex which is 30km southwest of the capital, Belgrade.

In Bosnia, Assistant Security Minister Samir Agic told Reuters that up to 35,000 people had been evacuated by helicopter, boat and truck.

As many as 500,000 had left their homes of their own accord, he said, in the kind of human displacement not seen since more than a million were driven out by ethnic cleansing in the Bosnian war two decades ago.

At least 25,000 people have been evacuated in Serbia, but many more are believed to have fled the flooding.

Hundreds of volunteers in the Serbian capital filled sandbags and stacked them along the banks of the Sava.

Soldiers and energy workers toiled through the night to build barriers of sandbags to keep the water back from the Nikola Tesla complex and from the coal-fired Kostolac power plant, east of Belgrade.

Djina Trisovic, a union spokeswoman at Serbia's EPS power utility, said some workers at the Nikola Tesla plant had worked three days with barely a break because relief teams could not reach the plant.

"The plant should be safe now," she told Reuters. "We've done all we could. Now it's in the hands of God."

The plant provides roughly half of Serbia's electricity.

Parts of it had already been shut down as a precaution, but it would have to be powered down completely if the waters breached the defences.

Flooding had already caused considerable damage, estimated by the government at over €100m, to the Kolubara coal mine that supplies the plant.

Authorities in Bosnia also issued a fresh warning about the danger of landmines left over from the war and now dislodged by the flooding. 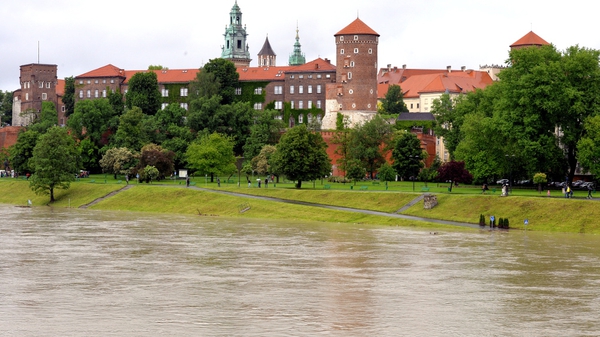