Mr Modi flew to Delhi's main airport from his home state of Gujarat to bask in the glory of a landslide for his Hindu nationalist Bharatiya Janata Party.

A crowd, waiting since early morning, burst through police barricades at the sight of the 63-year-old leader's cavalcade.

The controversial leader, wearing a blue jacket and shirt, opened the door of his car while it drove along, as many strained for a glimpse, took videos on their mobile phones and showered the vehicle in petals.

The chief minister of western Gujarat, who has never held national office, is set to drive from the airport to his party's headquarters in central New Delhi with supporters gathering along the route.

The BJP won the first majority in parliament for 30 years on Friday after a campaign by Mr Modi focused on delivering new jobs, development and clean government.

The triumph redrew India's political map, handing him a huge mandate for change, and heaping humiliation on the ruling Gandhi political dynasty. 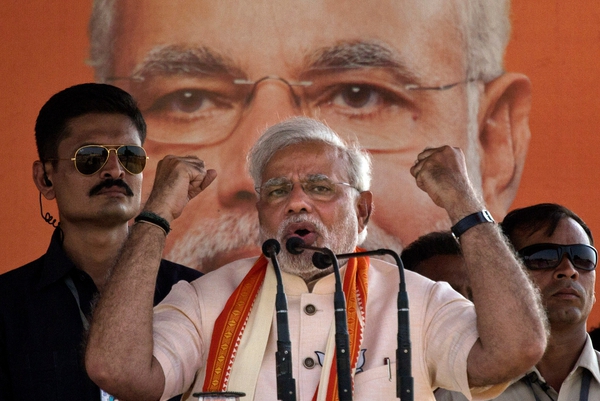