Nigerian President Goodluck Jonathan has cancelled his first visit to the home town of more than 200 schoolgirls abducted by Boko Haram militants.

"The president has cancelled his visit to Chibok. It was on his schedule up until this morning," a presidential official told AFP.

Mr Jonathan is due to go directly to a security summit in Paris tomorrow to discuss the Boko Haram threat to regional stability.

Nigeria's government, and Mr Jonathan in particular, have been heavily criticised for their slow response to the kidnapping on 14 April, which saw Islamist militants abduct 276 girls from their school.

Boko Haram leader Abubakar Shekau claimed in a video released this week that about 130 had now converted to Islam.

A social media campaign has galvanised international pressure on Nigeria to mount a rescue operation.

The United States, Britain, France and Israel have all sent teams and equipment to help.

But Mr Jonathan's cancellation, reportedly over security concerns in the troubled northeast, will likely prompt further criticism of the government's handling of the crisis.

Debo Adeniran, of the Coalition Against Corrupt Leaders pressure group, said he was "shocked and disappointed" at the cancellation of the visit, saying it sent a troubling message.

"If as the commander-in-chief of the armed forces, he is afraid to visit Chibok because of security fears, he is simply telling the hapless people in the northeast that he cannot protect them and they should resign to their fate," he said. 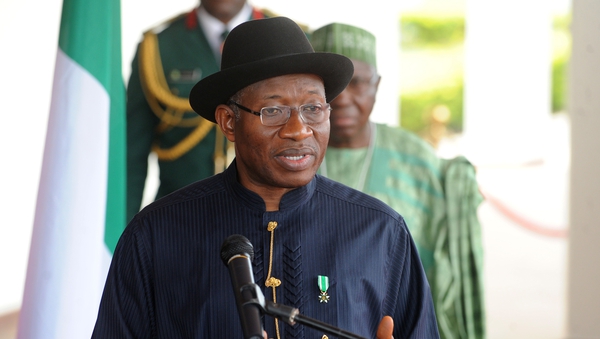 Nigerian President to visit village where schoolgirls were abducted