Nigeria's President Goodluck Jonathan will visit the north-eastern village from where more than 200 schoolgirls were abducted a month ago by Islamist rebel group Boko Haram, senior government officials said.

It will be Mr Jonathan's first visit to Chibok village, epicentre of a growing international effort to rescue the girls, since the kidnappings.

Officials said he will travel on to a regional security summit in Paris at which Boko Haram will be discussed.

Mr Jonathan is under pressure to crush the rebels, who have killed thousands in their campaign for an Islamist state, and to free the girls, whose kidnapping has sparked global outrage.

The Nigerian government has come under criticism for its slow response to the abductions.

Mr Jonathan asked France last week to arrange a Paris security summit with neighbours Chad, Cameroon, Niger and Benin, and officials from the US, Britain and the European Union to discuss a coordinated response.

Elsewhere, a suspect wanted over the blast which killed 71 people in the Nigerian capital of Abuja has been arrested in Sudan.

The blast took place at a packed bus station on 15 April and has been blamed on Boko Haram by Mr Jonathon.

A further 124 people were injured in the blast. 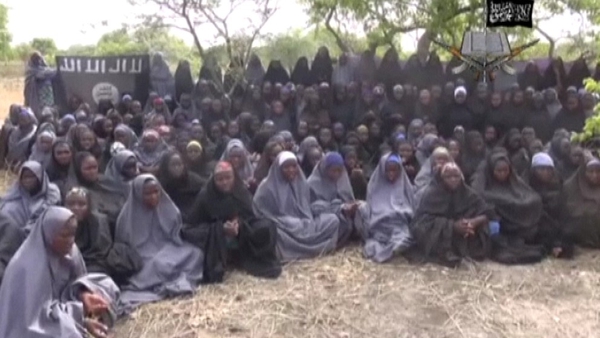