Taoiseach Enda Kenny has not ruled out appearing before the Oireachtas Justice Committee to answer questions in relation to events that led to the resignation of former garda commissioner Martin Callinan.

He said he would be attending the special Commission of Investigation set-up by the Government and headed by a Supreme Court judge.

Mr Kenny said he had not received any correspondence from the committee and would not like to say anything that would prejudice any other investigation into recent garda controversy.

Meanwhile, the president of the Association of Garda Sergeants and Inspectors has said it is concerned by the decision to assign the role of receiving confidential information from garda whistleblowers to the Garda Síochána Ombudsman Commission.

The decision was made by Minister for Justice Frances Fitzgerald yesterday.

Tim Galvin said people would be very nervous about going to GSOC and then whatever issues they might have would not come out into the open.

He said: "If we have skeletons in the cupboard, let's bring them out. Get them out into the open."

He added: "Let's deal with them and let us get back to what we're supposed to be doing, which is serving the public."

Tánaiste Eamon Gilmore has said the Government never felt it was a satisfactory arrangement that gardaí could not go directly to GSOC with complaints.

He said the Government was also extending the provision of the whistleblower legislation, so that any garda who did report wrongdoing could not be subject to victimisation or recrimination.

He named him during the debate on the Guerin Report, which was critical of how whistleblower claims were handled. 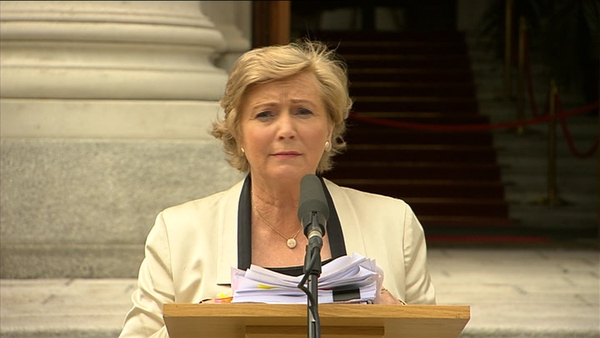 Commission of Investigation to be established following Guerin Report