The Justice for the Forgotten group has announced legal action against the British government over the Dublin and Monaghan bombings.

Next Saturday sees the 40th anniversary of the attacks that killed 33 people, including a pregnant woman.

There have been allegations that the British security services colluded with loyalist paramilitaries in carrying out the bombings.

It followed the cancellation by the British government of attempts to agree independent assessment of security files relating to the bombings.

The action is being taken by survivor of the Dublin bombing, Derek Byrne, and Patrick Askin, who lost his father in Monaghan.

Justice for the Forgotten said pre-action letters of claim have been issued against the British Ministry of Defence, PSNI and Secretary of State for Northern Ireland.

The papers allege that the security forces colluded with the perpetrators, assisted in the attacks and failed to investigate afterwards.

The group also said it feels badly let down by the Government and gardaí.

It has asked for full garda cooperation with the investigation into collusion announced by the Police Ombudsman in Northern Ireland.

Gilmore calls on British Govt to allow access to documents

Tánaiste Eamon Gilmore has again called on the British government to allow access to original documents related to the bombings.

In a statement, Mr Gilmore said that he was disappointing that 40 years on the British had not been able to respond positively to the families of the injured and bereaved.

The Tánaiste said the British government should allow access by an agreed international judicial figure to the original documents in their possession and called on them to look afresh at the proposal. 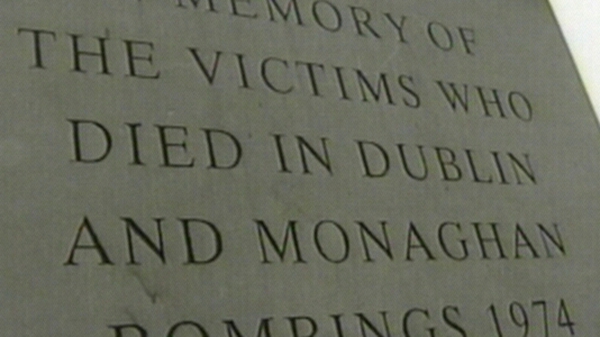