A group of international scientists, including researchers at Trinity College Dublin, has for the first time identified genetic mutations that suggest that schizophrenia and autism share underlying mechanisms.

The research could help with future understanding of both conditions and may contribute to the development of treatments.

Schizophrenia is partially inherited, but the biological causes and the progression of the disease are not well understood, with a wide range of genetic risk factors identified as possible causes.

This research involved the genetic sequencing and analysis of 171 Irish people from families where at least one member was affected with schizophrenia.

Through this analysis the team was able to identify mutations in genes that were present in those suffering from the condition, but not in their unaffected parents.

The affected genes control epigenetic regulation - the process where experience and environment together decide how the gene operates.

The process is of fundamental importance to how the brain develops and responds to life experiences.

The researchers found that the mutations of the genes occurred more commonly than expected in people with schizophrenia and are likely to affect brain functionality.

A closer examination of the mutated genes that may be involved in the development of schizophrenia, revealed many to be connected to the mechanism that regulates how the genes work.

The same mechanism is thought to be involved in some cases of autism, and by comparing their findings with a database of genetic information about other neurodevelopmental disorders, the authors were able to show the same genes that may play a role in schizophrenia could also play a role in causing autism and intellectual disability.

The senior author of the study, Trinity Professor in Psychiatry Aiden Corvin, said: "This is a really exciting finding as it suggests that neurodevelopmental disorders such as schizophrenia and autism, which hitherto have been seen as different diseases, may involve common underlying disease mechanisms.

"This may have implications in the future for how we conceptualize and treat these conditions."

The research was carried out in collaboration between Trinity College and Cold Spring Harbor Laboratories (CSHL) in the US.

The findings are published in today's edition of the journal Molecular Psychiatry. 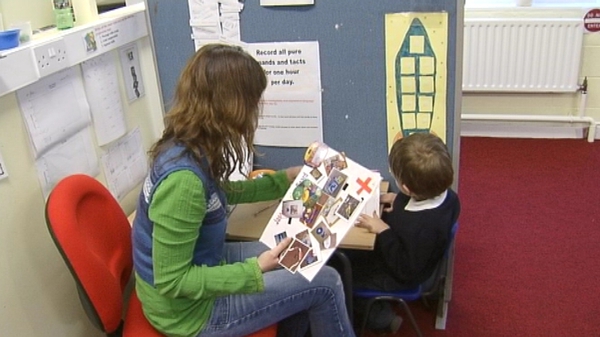 Autism on the increase according to conference