Taoiseach Enda Kenny said he hopes to have all the details on the water charges available before polling day in the European and local elections.

Speaking in Dundalk, Co Louth today, Mr Kenny said: "There are sectors out there that are vulnerable.

"Elderly people living on their own, people with medical conditions that might require a lot of water much more so than the average person and of course where there are families," he said.

"The Government will focus on those issues to make it as fair and equitable and as affordable as possible," Mr Kenny said.

"When the charges do come in next year there will be a whole variety of ways they can be contributed to, to make it as easy for people as possible to understand that water is a precious commodity.

"It has to be paid for to produce and we can't afford to waste it," he added.

Asked if he would like to see a lower charge for vulnerable sectors he said: "The average charge predicted by the Central Statistics Office is €240 per year, that is €60 per quarter which is less than €1 a day.

"That is a lot of money for some people so clearly for the vulnerable sectors in our society we want to focus on that at Government level and we want to have this matter concluded quickly so that people know," Mr Kenny said.

Asked if it would be concluded before polling Mr Kenny said "we hope to have that done, yes."

Meanwhile, talks between the two Government parties on the introduction of water charges continued today.

Sources say that progress has been made, but it is not clear if a decision will be made at Cabinet tomorrow.

Mr Gilmore said he is not sure if the water charges issue will be resolved tomorrow.

Earlier, the Tánaiste said he agrees with Minister for Environment Phil Hogan that it would have been better if the new water charge had been agreed by Cabinet three months ago.

However, Mr Gilmore said the decision to be made involves families on lower incomes and requires special consideration.

At the launch of the new local enterprise offices in Mullingar Co Westmeath this afternoon, Mr Gilmore said a process of discussions was continuing.

The Tánaiste said issues remain to be resolved around metering and the ability of some people to pay water charges, but he hoped they would be resolved relatively quickly. 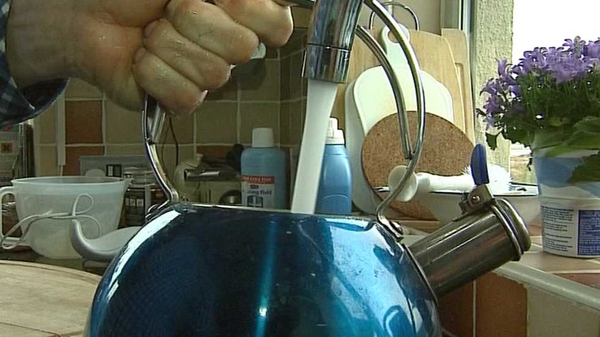