Tánaiste Eamon Gilmore has said the Labour Party never discussed the prospect of pulling out of Government over differences with Fine Gael over water charges.

He said as with all issues they resolved them in Government and this was a situation where there was still work to be done.

Mr Gilmore said there were still issues with how to deal with the number of households that will not be metered by the end of the year, and how water charging can apply in those circumstances.

He said there were also issues with dealing with the ability to pay and acknowledged that for many households an additional bill is going to be very difficult.

Asked if he would get a resolution on those matters by the end of next week, Mr Gilmore said he was anxious to do it as quickly as possible, but said it was important that the Government gets it right.

Domestic water charges will apply from 1 October 2014, with the first bills being issued in January 2015.

Meanwhile, Minister for Communications Pat Rabbitte has said he believes agreement will be reached on the issue of water charges before the Local Elections.

Speaking in Loughrea in Galway this afternoon, Mr Rabbitte said the Labour Party wanted clarity about the way in which Irish Water would operate.

He said it was a complex topic that needed to be fully thrashed out.

The minister said issues such as the free allowance to users, ability to pay and the rate of meter installation had to be resolved.

He said there were regular robust exchanges between the Government parties, but said he believed the matter would be dealt with before the elections. 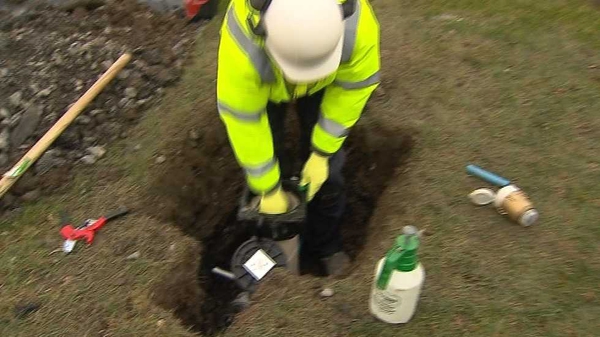