US President Barack Obama said this morning that the United States is fully committed to providing more assets to assist in the search for missing Malaysia Airlines Flight MH370 in the southern Indian Ocean.

"I can tell you the United States is absolutely committed to providing whatever resources and assets that we can," Mr Obama said.

He was speaking at a news conference in Kuala Lumpur with Malaysian Prime Minister Najib Razak.

A US Navy submersible drone scanned a remote patch of the Indian Ocean seabed this morning in its so far fruitless efforts to find signs of the missing plane, but bad weather prevented an air and sea surface search.

More than seven weeks after the jet carrying 239 people disappeared en route from Kuala Lumpur to Beijing, and six weeks since the search moved from Asia to the Indian Ocean, authorities are now regrouping to decide how to proceed.

"We are currently consulting very closely with our international partners on the best way to continue the search into the future," the Joint Agency Coordination Centre in charge of the search said.

Malaysia, China, Japan, New Zealand, South Korea, Britain and the United States are assisting Australia in trying to solve the most expensive search in aviation history.

"Obviously we don't know all the details but we do know if in fact the plane went down in the ocean on this part of this world, there is a big place..." Mr Obama said. "It is going to take quite some time."

A US defence official said on Friday that the sea search is likely to drag on for years as it enters the much more difficult phase of scouring broader areas of the ocean near where the plane is believed to have crashed.

Australia and Malaysia are under pressure to bring closure to the grieving families of those on board MH370, which disappeared on 8 March, by finding wreckage to determine what happened to the aircraft.

Malaysia is also under growing pressure to improve its disclosure about its investigation, although Mr Obama said this morning that US authorities had found it to be "fully forthcoming" in sharing information.

Mr Najib has said his government will make public a preliminary report into the plane's disappearance next week.

Last week Malaysian Transport Minister Hishammuddin Hussein told reporters that authorities would be "increasing the assets that are available for deep-sea search" and that his government was seeking help from state oil company Petronas which has expertise in deep-sea exploration.

The empty expanse of water northwest of Western Australia's state capital Perth is one of the most remote places in the world and also one of the deepest.

Until now, the undersea search has been focused on a 10square km circular zone where a series of "pings" detected earlier this month led authorities to believe the plane's black box flight recorders may be located.

The undersea search is set to be extended beyond this small area if the US Bluefin-21 drone fails to find anything, the search authority said yesterday. 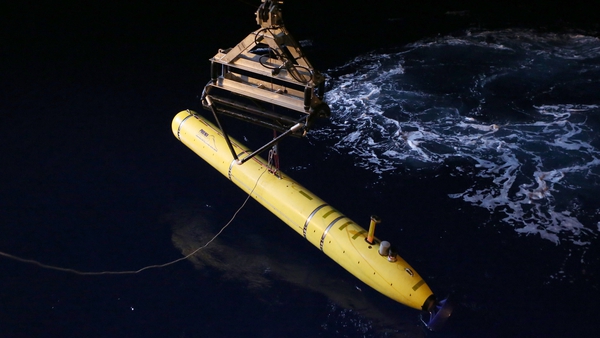