He also warned of a conflict that could spread to the rest of Europe.

"The world has not yet forgotten World War II, but Russia already wants to start World War III."

An aide to interim president Oleksander Turchynov said any incursion by Russian forces across the border will be regarded as an invasion and the attackers will be killed.

"We will consider any crossing of the Ukrainian border by Russian troops into the territory of Donetsk or any other region as a military invasion and we will destroy the attackers," Mr Turchynov's chief-of-staff Serhiy Pashynsky was quoted as saying by Interfax-Ukraine news agency.

"We do not accept false declarations about humanitarian action," he said.

The US has said it is the latest sign of a mounting confrontation between Moscow and Kiev.

Sanctions to be imposed on Russian individuals

The US and the EU are expected to impose fresh sanctions on Russian individuals on Monday.

The sanctions are as a result of Moscow's alleged efforts to de-stabilise eastern Ukraine.

The EU is expected to name 15 previously unidentified individuals to be sanctioned and would focus on those whom it believes are responsible for the unrest in Ukraine.

As a result, the lists will overlap but will not be identical.

The move will take place unless there is a sudden reversal of what they say is Russian-sponsored separatist movements in eastern Ukraine.

Ukrainian special forces have begun the second phase of their operation in the east of the country by mounting a full blockade of Slaviansk, an official on the presidential staff said.

"The operation will continue. Its goal is to blockade the terrorists in Slaviansk and not allow casualties among civilians," the official said.

In a sign of growing US concern about Ukraine, Secretary of State John Kerry last night issued what amounted to a warning to Russia not to invade.

Russia has about 40,000 troops on its border with Ukraine, some of which staged military exercises yesterday.

"If Russia continues in this direction, it will not just be a grave mistake, it will be an expensive mistake."

The US accuses Russia of backing separatists in eastern Ukraine as part of a deliberate attempt to destabilise the region, undermine elections planned for next month, and gain greater influence.

The International Criminal Court's chief prosecutor has opened a initial inquiry into crimes committed before and during the fall of Ukraine's ousted president Viktor Yanukovych.

"The prosecutor of the ICC, Fatou Bensouda, has decided to open a preliminary investigation into the situation in the Ukraine to establish whether ... the criteria for opening a (full) investigation are met," The Hague-based court said in a statement.

"The prosecutor shall consider issues of jurisdiction, admissibility and the interests of justice," before deciding on a full investigation, the ICC added, saying the initial investigation was opened "as a matter of policy".

"If there was a reasonable basis for an investigation, it is then up to her (Bensouda) to ask the court's judges for authorisation," said ICC spokesman Fadi El Abdallah.

Ukraine has not signed up to the ICC's founding Rome Statute, but can ask for an inquiry to be opened.

Its parliament called in February for the ICC to prosecute Mr Yanukovych for the "mass murder" of protesters in Kiev calling on him to stand down, a crisis that has sparked the current Ukraine-Russia standoff. 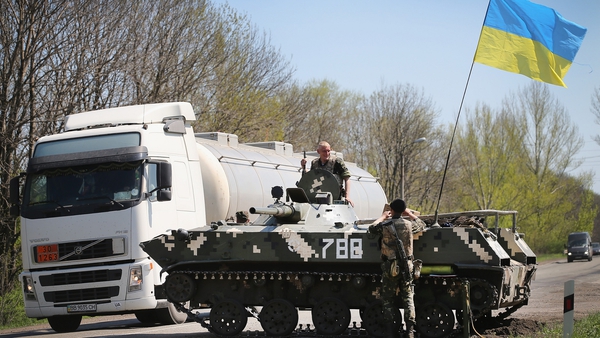