Efforts are being made to commemorate one forgotten group of victims of the 1916 Easter Rising – the children who died during the rebellion.

RTÉ broadcaster Joe Duffy has researched and documented the deaths of 40 minors who died in the Rising, ranging from just two years of age to 16.

Last week, a service was held in the Church of the Immaculate Heart of Mary in City Quay to remember the children, with 15 families of children who died as well as Minister for Children and Youth Affairs Frances Fitzgerald.

That ecumenical service will be broadcast this Monday on RTÉ Radio One at 1.30pm.

It was the first memorial to those children, many of whom were simply caught in the crossfire, since they died 98 years ago this month.

Mr Duffy has unearthed some fascinating stories. For example Neville Fryday, who was 16, was not fighting in the Rising but was killed in a British Army Uniform.

He had left Ireland at the age of five or six and enlisted in the Canadian Army.

However, he was in Ireland during Easter week of 1916 and shot by a sniper outside Trinity College on Easter Monday and died one week later.

His date of death on his headstone reads 30 April. His family claimed that he was killed while home on leave, and was not on active service.

Mr Duffy has the death certificates of around 20 children but no relatives and little information on them, which he is hoping to change.

The list can be found here and anyone who thinks they can help can write to him at Freepost, PO Box 1916, Dublin 3 or e-mail joed1916@gmail.com. 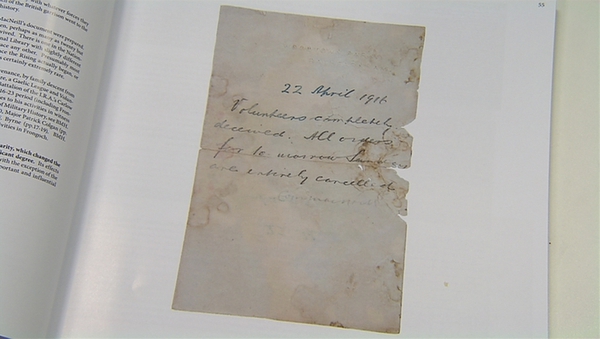