A major earthquake of magnitude 7.5 has struck off the coast of the Solomon Islands in the Pacific Ocean.

The quake triggered a tsunami warning in the area, the US Geological Survey and the Pacific Tsunami Warning Center said.

The quake, initially reported as a magnitude 7.7 was shallow, only 35km below the seabed, and centered 113km south of Kira Kira in the Solomon Islands.

The Tsunami Warning Center said it was not yet known whether a tsunami had actually been generated.

A warning was in effect in the Solomon Islands, Vanuatu and Papua New Guinea. 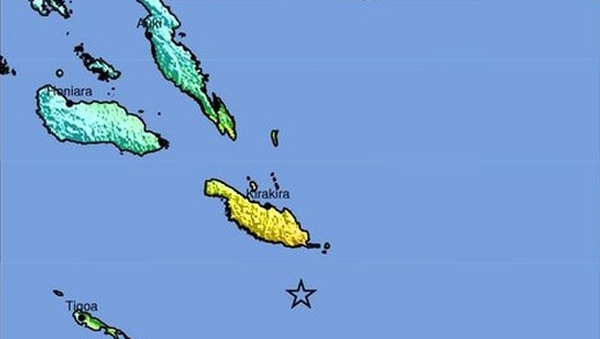