The body of Peaches Geldof has been released to her family to allow funeral arrangements to be made.

The disclosure, from a coroner's spokesman, that her body has being released comes as it emerged toxicology test results could be released in two to three weeks' time.

The 25-year-old mother-of-two was found at her home in Wrotham, Kent, on Monday and police have said her death is being treated as a "non-suspicious, unexplained sudden death".

A post-mortem examination carried out proved inconclusive, prompting further investigations to try to establish her cause of death.

A spokesman for North West Kent Coroner Roger Hatch said: "We can confirm that the body has been released to the family for funeral arrangements to be made."

Any inquest is not expected to be opened and adjourned by the coroner until after the results of the toxicology tests are known.

Ms Geldof's body was discovered after officers were called "following a report of concern for the welfare of a woman".

Her father, former Boomtown Rats musician and charity fundraiser Bob Geldof and other relatives led the tributes which flooded in after her death.

In a touching tribute signed by the Live Aid organiser, his partner Jeanne Marine, and Ms Geldof's sisters Fifi Trixibelle, Pixie and Tiger, they said the family was "beyond pain", saying: "She was the wildest, funniest, cleverest, wittiest and the most bonkers of all of us."

Ms Geldof's husband, musician Tom Cohen, with whom she had two young sons, said his wife was adored by him and their two sons Astala, 23 months, and 11-month-old Phaedra, whom he would bring up "with their mother in their hearts every day".

Ms Geldof's elder sister Fifi posted a picture on Instagram of the two of them together when they were children, writing: "My beautiful baby sister... Gone but never forgotten. I love you Peaches x."

Ms Geldof was just 11 when her mother, TV presenter Paula Yates, died from an accidental heroin overdose in 2000, aged 41. 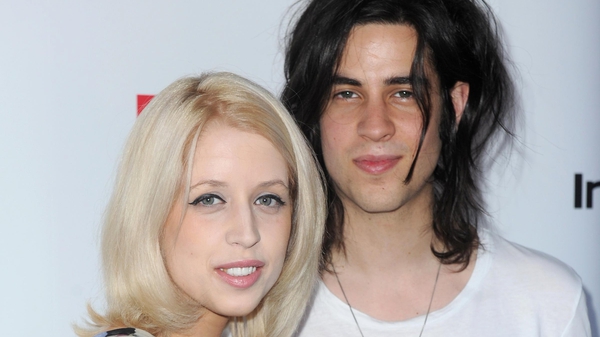