Wales could become the first part of the United Kingdom to ban electronic cigarettes in enclosed public spaces due to fears their use could "re-normalise" smoking conventional cigarettes.

Welsh Health Minister Mark Drakeford said the rapid spread of e-cigarettes could undermine the health benefits of banning the smoking of conventional cigarettes in public.

The proposal comes amid a fierce debate over the health impact of e-cigarettes, which do not contain tobacco or produce smoke but use heat to vaporise flavoured, liquid nicotine.

Proponents argue they can help people to quit smoking but a rising number of countries including Singapore and Brazil have banned e-cigarettes and US cities including New York and Los Angeles, have blocked their use in many public places.

Mr Drakeford said he was concerned that the use of e-cigarettes would boost the number of smokers.

"E-cigarettes contain nicotine, which is highly addictive, and I want to minimise the risk of a new generation becoming addicted to this drug," Mr Drakeford said in a statement as he launched a raft of proposals to improve public health in Wales.

His proposals are open for consultation until 24 June.

If backed, they will then go to the Welsh Assembly, which has the powers to run its own health and education services.

Battery-powered e-cigarettes were first introduced in China in 2004 and have since grown into a €1.5bn industry.

"There is no credible evidence that there are health benefits from banning e-cigarettes from public places," he said.

Around 1.3 million people use e-cigarettes in Britain, most of whom are current or former tobacco smokers according to the charity Action on Smoking and Health (ASH).

Britain earlier this year banned the sale of e-cigarettes to anyone aged under 18 with the changes going through parliament.

European and US regulators have been debating policy for the industry.

The EU reached an agreement in December to allow e-cigarettes to be sold as consumer products rather than more tightly regulated medical devices. 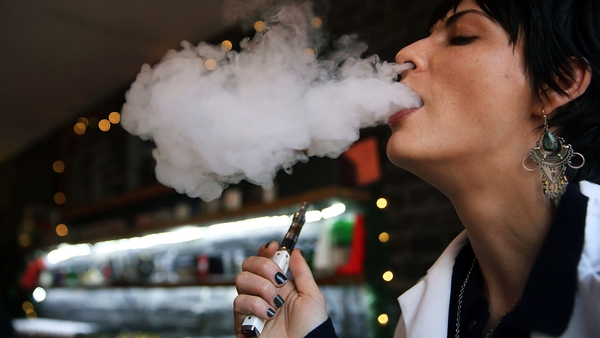