The problem solving abilities of Irish 15-year-olds are average, according to an international study published today.

The review was carried out by the Organisation for Economic Co-operation and Development.

It examined how well students fare in applying their knowledge to unfamiliar settings.

Irish teens were ranked 22nd compared to 15-year-olds in 44 countries.

They came 17th out of 28 when non-OECD countries were excluded.

The OECD tests thousands of 15-year-olds across many countries and economies every three years.

This problem solving component is the latest to be published.

It measures students' ability in applying what has been learned to a range of new "real life" situations.

But Irish student performance in this regard is lower than expected and is below average compared to other countries.

Ireland's share of top performers is also slightly below average.

However, unlike in many other countries, no significant difference was found in Ireland between the performance of boys and girls.

The study finds teens in Singapore, South Korea and Japan are most adept at problem solving.

Other countries with an average rating are Austria, Norway, Denmark and Portugal, while countries ahead of Ireland include the UK, Finland, France and Italy.

Minister for Education Ruairi Quinn has said there was considerable room for improvement and that reform of Junior Cycle would be crucial.

These are situations that require an element of guessing or experimentation.

Irish students are weakest when it comes to what the OECD calls "static" problems. These are more defined puzzles where all relevant information is disclosed.

All the tests were computer based. The report gives several examples of questions.

They include a question asking a student to interact with a new kind of MP3 player and to figure out how it works.

Another question dealt with an interactive traffic system. Using the system, students were asked to find the quickest route between two points.

Are you smarter than a 15-year-old? You can try the tests yourself on the OECD website. 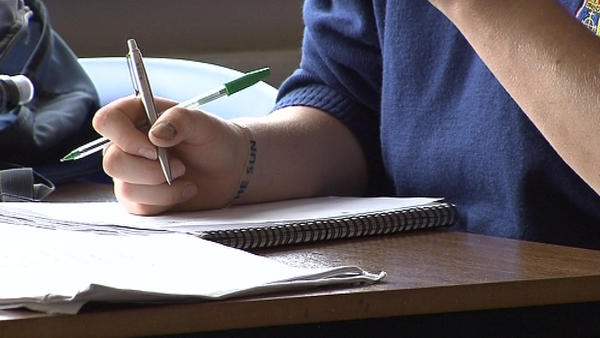