The performance of Irish 15-year-olds in maths, reading and science is significantly above average compared to other developed countries, according to a report published by the Organisation for Economic Co-operation and Development.

In the OECD's latest Programme for International Student Assessment league tables, Irish teens are ranked fourth out of 34 OECD countries when it comes to reading.

They are in ninth and 13th place in terms of maths and science.

Every three years, the OECD tests the performance of 15-year-olds across 65 OECD and non-OECD countries.

It collates the data and produces league tables known as PISA.

Three years ago Ireland's ranking fell dramatically, so this year's figures are reassuring.

Irish 15-year-olds are back up to more-or-less where they were previously.

Irish teens' performance has improved strongly in science, significantly higher than it was in 2009 and in 2006.

Policy makers attribute the improvement to the introduction of new science syllabi over ten years ago.

In maths, however, Ireland has only risen in the rankings because standards in other countries have dropped.

When the last PISA results were published three years ago they showed a significant decline in the performance of 15-year-olds in Ireland.

In reading, for example, Irish 15-year-olds fell from fifth to 17th place.

At the time statisticians blamed the extent of the drop on a flawed methodology. This year's data seems to support that.

In reading, Irish teenagers are ranked fourth compared to other OECD countries. In maths, their score has returned to pre-2009 levels.

However, because scores in other countries have declined, Ireland has received a higher ranking.

Commenting on the maths findings, Department of Education officials said it was too early for the impact of the new maths syllabus, Project Maths, to be felt.

They said they hoped OECD maths data in three years time would show an improvement.

Irish teenagers performed particularly badly in one maths subsection, which deals with space and shape.

Ireland's significant improvement in science has been attributed to the impact of two new syllabi in the subject, introduced in primary schools and for the Junior Certificate.

The OECD data also finds that Ireland has significantly smaller numbers of low achievers compared to other countries.

In reading for instance, just under 10% of Irish students perform at the lowest level, compared to an average of 18% across the OECD.

The figures are similar for science.

Commenting on the findings, Minister for Education Ruairi Quinn paid tribute to the dedication of Irish teachers.

He also said the system of supports in place for disadvantaged or DEIS schools was working.

The OECD has concluded that compared to other countries Ireland's education system is more equitable than many others.

A total of 5,000 15-year-olds in Ireland took part in this assessment.

The majority of them were in third year. In terms of our closest neighbour, Ireland was ranked higher than the UK in all three domains.

OECD tables say the difference between the two countries in terms of maths and science is not significant.

However, it found that in reading the performance of Irish teens was significantly higher than their counterparts in the UK. 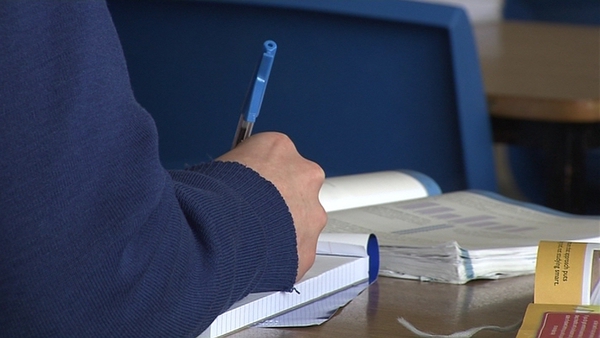