A search for missing Armagh angler Daryl Burke on Lough Ree has been suspended because of high winds and rain.

Divers from the garda sub-aqua unit spent most of today in a search of an area near Yew Point.

The spot was identified by Mr Burke's friend, John Trimble, who is recovering after being taken from the water last Thursday evening.

The RNLI Lough Ree life boat is co-ordinating the search.

It has been using sonar scanners on the water surface to try to identify the location of the men’s missing boat.

Meanwhile in Co Armagh, relatives and friends attended the funeral of David Warnock, who died in the boating accident.

Mr Warnock, a former captain of Armagh Hockey Club, was engaged and had a four-year-old son.

His funeral took place in Mullabrack. 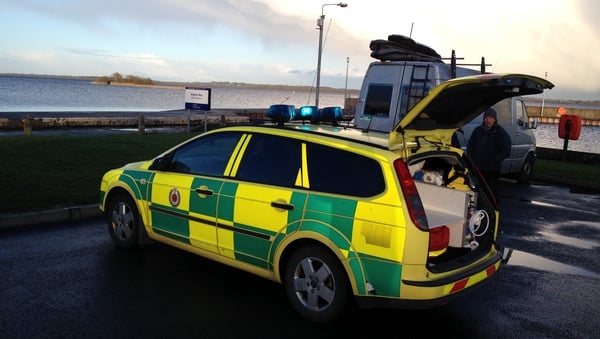