A search for a Co Armagh man who fell from a boat that capsized in high winds on Lough Ree has wound down for the evening.

A 27-year-old fisherman who was also in the boat died in hospital, another man is understood to be in a critical condition.

The three were part of a group of six from an angling club in Co Armagh, who got into difficulty in windy conditions.

The man who died has been named locally as David Warnock from Portadown.

The RNLI lifeboat crew, the Athlone and Lanesborough Sub Aqua Club and local anglers have taken part in the search, along with the Garda Water Unit.

He described a long debris trail stretching for two miles across the eastern side of the lake.

Mr Delaney said he expects that when the search resumes at first light tomorrow, it will continue to focus on the last known location of the boat.

He said that there are no noticeable currents in the area where the vessel is believed to have gone down. 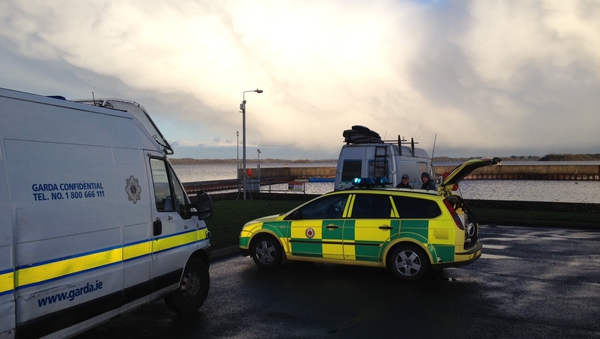